The Benefits and Challenges of Hybrid Working

We were able to use our 15-year experience of working on the issues around virtual working to help us shape some great learning experiences and, as a result, we have run more than 100 programmes on the topic of Managing Remote and Hybrid Teams for a variety of clients across multiple sectors and across multiple geographies.

This means that we have worked with more than 2000 managers during the past year or so – ranging from the most senior of leaders through to team leaders.

In the training programmes we have run we start by asking participants two pretty simple questions:

As you can imagine, we have had some interesting responses and discussions along the way, and I thought other organisations might benefit from hearing about what we are being told by the people who are actually currently going through this ‘future working’ wave right now.

We have tried to be assiduous in capturing the feedback we have had during these discussions and have extracted the most common experiences which have been relayed to us – which we set out below in this blog post. We have not included everything and some of the points may seem a little contradictory which I think reflects how many managers are currently feeling.

Not surprisingly, the inter-personal issues are the one which most seem to resonate with today’s management population and therefore these pieces feature most heavily in this report.

The Benefits of Working Remotely and Hybrid Working

There is a feeling amongst the management populations we are working with that the enforced move to remote and then hybrid working models has forced the pace of technological advancement within corporations which otherwise might have taken years to come to fruition. This advancement in technology has had two main impacts:

The opportunity for a hybrid working environment, that is to work from home on a more regular basis, is almost universally seen as a good thing amongst the managers we have met. Not one manager has stated that they would prefer to be back in the office full-time (although this was not the case amongst the team members we have worked with where quite a few younger employees have expressed a desire to be far more office-based again.)

Working on a more consistent basis from home is seen as presenting a myriad of opportunities and benefits for both organisations and individuals. (We class these benefits as ‘environmental’ in its widest meaning.) The most common issues raised were: 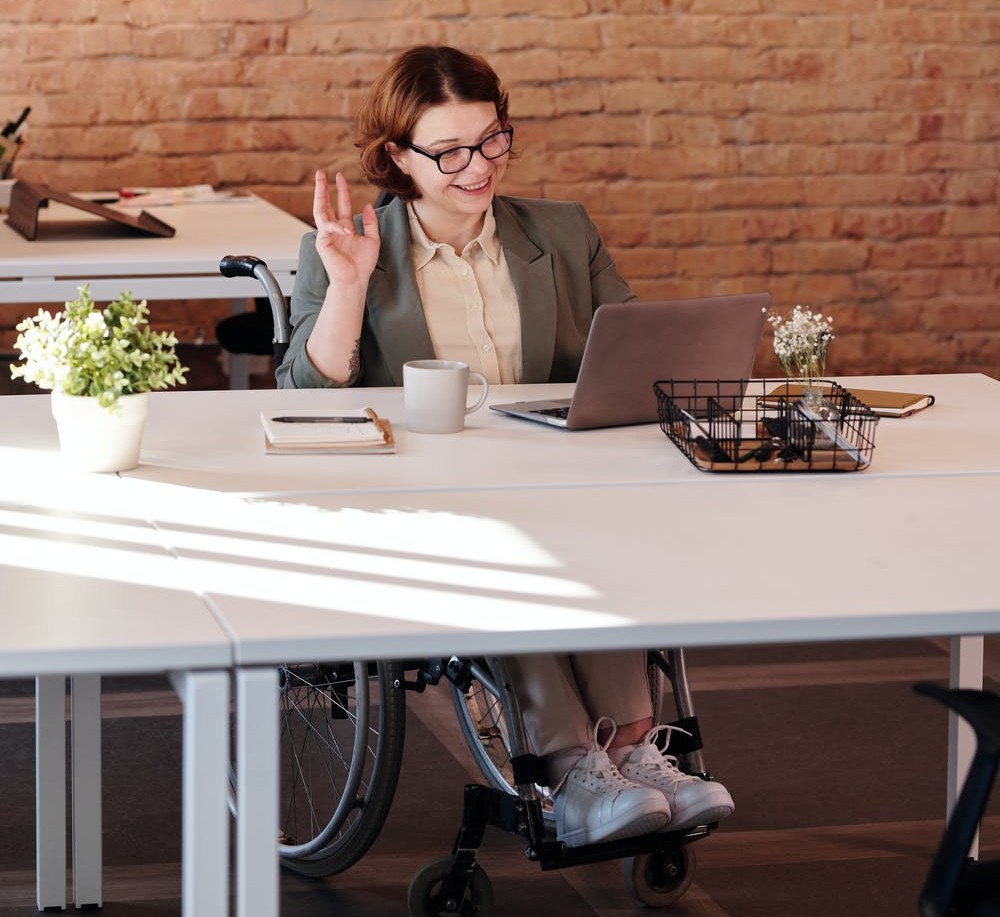 The remote and hybrid working model is still quite a new development for many managers and therefore they are still trying to figure out the work-related benefits of this new system. This freshness might explain why they often struggle to articulate how their team members can benefit from this new way of working beyond the environmental issues highlighted above. Therefore, this section is relatively short but accurately reflects what has been discussed on our training programmes.

The Challenges of Working Remotely and Hybrid Working

Technological challenges featured prominently in the feedback received from managers – which is hardly surprising as the foundation of being able to operate in a hybrid environment is actually a solid technological infrastructure. Although most people recognise that technology has improved beyond all recognition in the past ten years or so, there is also an acknowledgement that much more needs to be done before hybrid working becomes a completely seamless methodology. Some of the remote work challenges encountered are of a macro-economic nature (lack of decent bandwidth for example) whereas other problems were much more company-specific. A snapshot of the most common issues raised would be:

It would seem that the changed working environment produced by the move to remote working and then latterly to a more hybrid model has created a whole raft of environmental challenges for the hybrid manager. These environmental issues seem to place additional burdens on managers and in some cases are in danger of leading to manager burn-out. In addition, many of these environmental challenges of remote working also need addressing at the strategic level by any organisation which is moving to a hybrid future, and we hope that the points outlined below will help companies frame those strategic discussions. (The danger going forward will be when a company just tries to ‘go with the flow’ and ‘see what happens’ without investing the appropriate amount of thought, time and investment in the early stages.)

Key environmental issues raised have been: 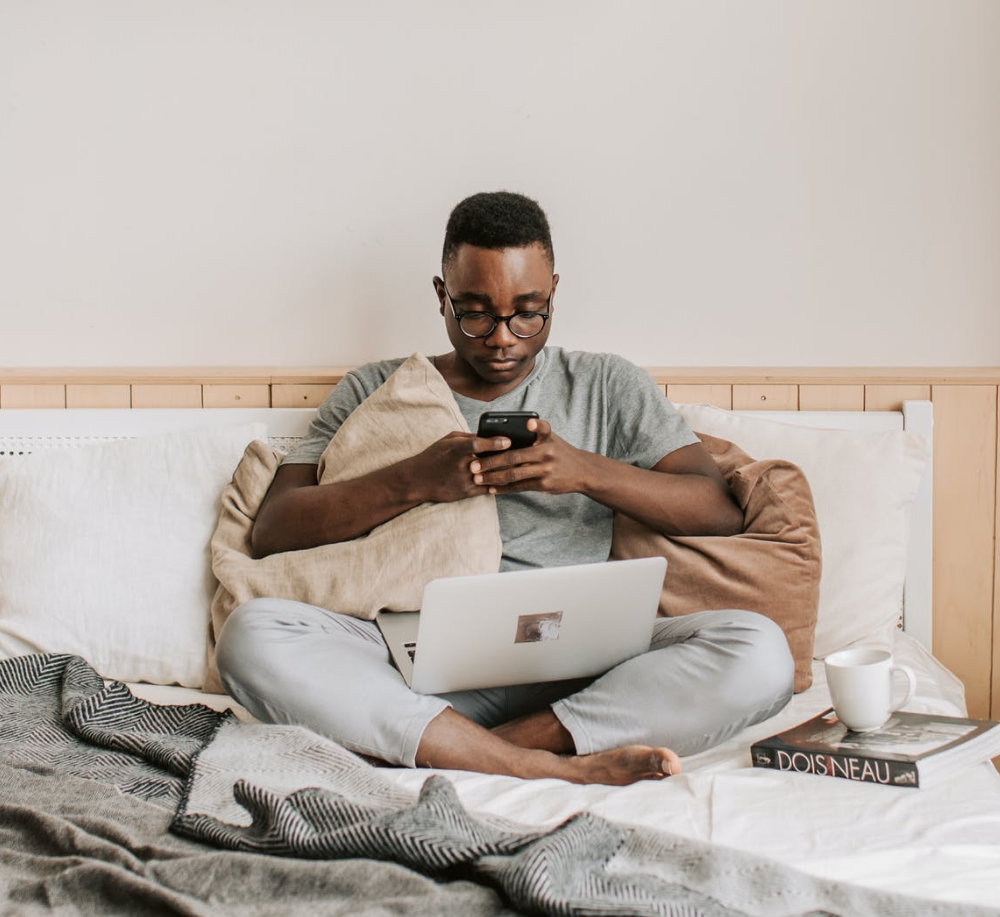 Managers seem to recognise that people within their teams are experiencing a variety of personal challenges and that addressing these types of remote work challenges adds extra pressures onto the shoulders of managers in hybrid environments. Managers are desperate to do the best thing by the people in their teams and to ensure that their teams continue to deliver against their goals and objectives but are struggling to know how to best adjust to managing in a hybrid environment – given the fact that most of them learnt their managerial skills in a co-located, office environment. This section could actually fill a book, but we have tried to condense the feedback to a few easily digestible areas:

What became apparent over the course of the many training programmes we have run is that managers are crying out for support and advice on how to best adjust their management approach to the demands of the future hybrid team environment. Many managers expressed real relief in being able to share the challenges of remote working and frustrations they have felt over the last year or so with colleagues. We had lots of comments along the lines of, ‘It has been such a relief to discuss these issues – I thought it was only me that was finding this tough.’

The move to hybrid working is possibly the most significant corporate event of the past few decades and how each company plans for this new future will go a long way to determining the winners and losers in this process. Although the issues discussed above are, by no means, a definitive list of the benefits and challenges of hybrid working, we hope it will help organisations and inform some of their thinking when it comes to remote working solutions.

We would be delighted to discuss any of these ideas with you in more detail and to explain the value-add we feel we can bring to organisations as they navigate their way through the ‘future of work.’ 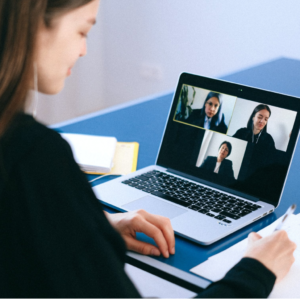