It might seem like a very shaky assertion to state that good quality, targeted cultural awareness training can increase a company’s profitability, but I believe that to be the case. The reason I have been running cultural awareness training programmes around the world for the past 20 years is that I genuinely believe that a culturally fluent organisation is one that can maximise its bottom line.

I just Googled the word ‘profit’ and this simple definition highlights all the reasons why I feel that my belief is correct:

I am certain that increased levels of global cultural awareness within any organisation can significantly impact on ‘the amount earned’, and the ‘amount spent in buying, operating or producing something.’

In this short blog post I want to look at 4 key areas where I am convinced that cross-cultural awareness programmes can really help any organisation ‘up their game’:

These are not the only areas which can be positively impacted by greater levels of cultural fluency, but they are four of the most important.

1) How to Improve Internal Efficiencies Through Cultural Awareness Training

Global Business Culture runs cross-cultural awareness training programmes on a daily basis. We deliver these training courses across multiple sectors, at all levels of an organisation and on all continents. We have been doing this for twenty years and what these events have taught me is that by far the biggest negative impact of global cultural differences is that they slow things down when people work in a cross-border environment.

One of the most frequent questions I am asked by delegates is ‘why does something we could do in a day in this office take two weeks when we work with the international offices?’ The answer, I’m afraid, is that unknown cultural issues appear out of the woodwork and slow things down.

Why do cultural differences slow things down? Simply put, each country has their own perceived ‘best practice’ but each ‘best practice’ is subtly different. Some people think an issue becomes important when it is put in writing; other people think something becomes important when it is spoken about. Some cultures think ASAP means ‘do it now’; other cultures think ASAP means ‘do it as soon as you have some free time.’

What will the impact of slowness in response be on the profitability of any organisation? Anything that slows you down is likely to cost you money and that is why I very firmly believe that culturally differing views and approaches within an organisation can negatively impact on the profitability of an international organisation and that addressing these issues through cultural awareness training can go a long way to ameliorating the potential threats posed by culturally different views of the working environment.

Let me start this section by saying that not all attrition is bad but surely the loss of key talent cannot be good for any company. I have come across dozens of occasions where key people have decided to leave an organisation because (usually) they don’t like the way they are being treated by head office.

In my experience there are two key situations which are likely to lead to this type of ‘disenchantment with head office’ attrition:

Cultural understanding can help resolve many of these problems, but the issue needs to be tackled at both ends. In the examples cited above cultural awareness development is only usually addressed on one side of the equation.

One comment that I would have about clients entering into new foreign markets is that they rarely do enough research. They often don’t even do enough research into the structural vehicle they will use the enter a market and the tax implications of that approach – so if that is the case, they are highly unlikely to do any cross cultural research.

It seems obvious to say that if you are going to be working with colleagues, clients and other stakeholders in a new market, it would be helpful to understand the cultural drivers and expectations of the people in that market. It seems obvious but people often simply don’t make the effort. ‘We’ll use the same approach for India as we used in China’ is a very common line of thinking.

A good understanding of the local landscape will make your landing smoother and help you get to break-even much quicker. Even if you don’t do any cultural awareness training a look at the comprehensive cultural knowledge available on www.worldbusinessculture.com would be a starting point.

What does ‘good’ look like in another country? If you are British and interview six British potential sales representatives in the UK it is very difficult to choose the right candidate. You know everything about the British market and what British clients like and respect, but it is still incredibly difficult to make a call.

So how do you make that call when you interview six potential sales representatives (or country managers) in China? What do you actually know about Chinese client expectations and how they differ from your home country? All too often we see clients recruiting people in a foreign country who look, smell and taste like they do. This selection process might make new recruits perfect for interfacing back into the head office but completely inappropriate for working with local customers.

Recruiting the ‘wrong’ employees at the early stages of new market penetration is one of the best ways to ensure your plans fail and that you reach a position of profitability much later – if at all.

Good quality cultural awareness training does not only give you helpful information about the target country but also helps you see the inherent bias that you will take to the recruitment processes. Nowhere is the concept of cultural spectacles more relevant than during the recruitment process and you need to develop the ability to take your cultural spectacles off.
In a way these are four fairly randomly selected areas where a lack of cultural fluency can impact negatively on profitability – there are probably dozens of other issues which will also have an influence.

There is an old saying in management training which is ‘I have just finished a training programme on how to use a hammer and I am now convinced that every problem I meet is a nail!’ I am not saying that in this article. I know that many, many things impact on profitability when working cross-border – but cultural differences are one of the issues you must have on your radar screen. Surely you would want to address every single area which could negatively impact levels of profitability? 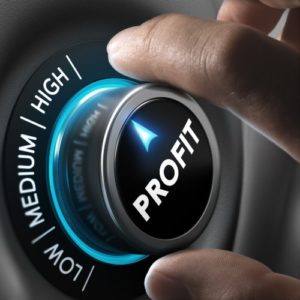