What You Need to Know about Business Culture in India

India is a big, colorful, and vibrant country with a rich tapestry of cultural diversity, history and its unique business culture in India. It is also a country of contradictions, where temple elephants, ancient monuments and tribal customs co-exist with state-of-the-art industries in a country that generates atomic energy and boasts of being one of the world’s top ten industrialized nations.

Deep, diverse, and staggeringly complex, Indian culture is in your face from the moment you land there, with swarming crowds, honking horns, chaotic traffic, and the jostling in the overcrowded shops. On the other hand, you will find gentle greetings, respect, and incredibly warm hospitality and enthusiasm to work together.

Most Westerners will be overwhelmed by the diversity and multi-faceted nature of Indian society and culture. However, they should be open to learning and realize that their knowledge will, in one way or another, be helpful to conducting business. Do not barricade yourself in your hotel room in the evening, engage with people and visit the sites and shops, it all helps.

Major economic reforms, which started in 1991, have placed India on a continued path to integration into the global economy, with policies that have a huge bearing on the evolving Indian culture, including the rollout of new global technologies. These factors are shaping how business is conducted with foreigners.

As you research your prospects in India and business culture in India, and begin to develop your plan, be mindful of some of the underlying features of Indian culture. In considering these factors, keep in mind that they are national- level characteristics and you still need to do your homework at the regional, industry and counterpart levels. 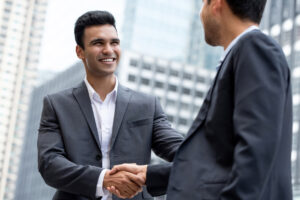 India is a relationship market. Contrary to the norm in many Western countries, where personal relationships are often considered to be casual, relationships in India are veritable pillars of the business transaction, and highly based on trust and continual cultivation. Building positive, lasting, productive relationships with your Indian counterparts and colleagues create a strong foundation for success in the Indian market.

Collectivism, as opposed to individualism, is a key aspect of the business culture in India and the overall Indian culture. Understanding the Indian sense of belonging to a group can be extremely useful, whether the group is a caste, community, religion, family, or company. Indians rely on their families for everything from arranged marriages, to buying a house, to naming their child.

The concept of hierarchy is deeply embedded in the Indian mindset, and it is extremely important to appreciate this when conducting business in this market. You cannot afford to go down a path of developing business without determining who the decision maker is in the organization. Find the balance between respecting the process in the organization and ensuring that the decision maker is kept informed and appropriately brought into play. As a patriarchal society, many businesses are still family-run and thus power vests at the top, although hierarchy can run within middle and junior management as well. An understanding of this culture of dependence expected by a boss from his subordinate is also important when running a team of local staff.

During my days in India as a diplomat, I was amazed at the decision-making bureaucracy in the public sector and how many decisions flowed to positions such as the Joint Secretary. The incumbents in these roles wielded incredible power but seemed to be totally mired in paperwork while their subordinates waited for advice. 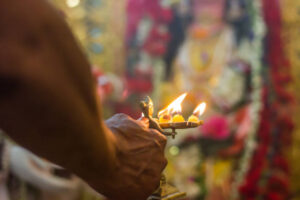 It is critical to note the importance that religion plays amongst all communities in India. The four principal religions are Hinduism (80%), Islam (14%), Christianity (3%), and Sikhism (2%) with a small fraction of the population also practicing Buddhism, Zoroastrianism, and Judaism. Festivals are celebrated with much fanfare, so it is important to respect the major festivals of Holi, which is celebrated in the spring, and Diwali, which is celebrated in October/November each year. During these holidays work comes to a halt. Religion in India also impacts consumer demands where there are restrictions: no beef for Hindus, and no pork for Muslims.

India is a high context culture where communication is generally more indirect than in most Western countries. What is said may have multiple interpretations based on the context of the interaction, as well as the body language, tone and words used. Many Westerners are from low context cultures, where what you say is what you mean.

Therefore, a Westerner needs to be careful in communications. Do not jump to assumptions or conclusions and understand that your Indian counterpart may not feel comfortable in responding “no” to a question. Taking the approach of clarifying and confirming could save a major misstep and Westerners need to take a dose of patience as they go about engaging with their Indian counterparts.

As one of the most diverse countries in the world, India has several broad cultural differences between its regions, making it necessary to draw on locals to help navigate any potential issues in specific regions, states, cities or the urban versus rural divide.

Here are some of the key differences to note between the various regions: 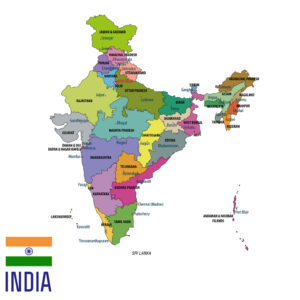 Languages that are commonly spoken here include Hindi, Urdu, Gujarati, Marathi, Punjabi, and Sindhi. Generally, North Indian culture is flashy and more aggressive than in the South. Status is of great importance as is the outward display of wealth. Northerners are strong on business acumen and play the relationship role skillfully.

Indians in the South speak primarily Tamil, Malayalam, Telugu, or Kannada. South Indian culture is more modest and tends to underplay its wealth. It is typical of this region to be humble and subdued, even if individuals are part of the mega-rich. Southern Indians, such as Keralites, are warm and make friends easily.

Eastern and Western India also have unique cultural characteristics, although they are not as pronounced as the differences between the North and the South. The Western part of the country has a strong merchant community, and communism has played a contributory role in the development Eastern India.

As in other countries, rural areas exhibit more traditional and conservative behavior, while urban areas reflect more liberal, less conservative values. The urban North is modern, class-conscious, cosmopolitan, aggressive, confident, full of well-educated people pursuing a flashy lifestyle, multilingual and mostly use English as a business language. In the urban South, people are more laid back, traditional, provincial, passive, and respectful, yet questioning in terms of business. English is the predominant business language. People in the rural areas of both North and South India are class and caste conscious, conservative and more overtly religious, with low literacy rates.

The following snapshot of general cultural orientations in Western and Indian business environments is worth considering as you plan your approach in the Indian market.
Again, view these as general guideposts and do your homework on your counterparties as you can only go so far with generalizations. 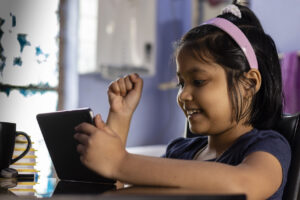 Founded in Montreal, Canada, by brothers Suneet and Raja Sud, Compuwind, is a developer and manufacturer of low-cost tablet computers and smartphones. With offices in Montreal, Mississauga, London, Delhi, and Amritsar, Compuwind markets primarily in India, Nigeria, the United Kingdom, Canada, and the US.

The company is known for its development of the Aakash tablet computer—the world’s cheapest tablet. The Aakash tablet was developed for rural school children in collaboration with India’s Ministry for Human Resource Development (MHRD). To enable ubiquitous, nationwide internet use, the Indian government announced at the October 2011 launch of the Aakash tablet that it would be offered to students at a subsidized price of $35 and to the public for $60.

In 2009, the Indian government had pledged a low-cost laptop to improve the quality of education within the country; however, the development process was beset by delays until Compuwind won the tender in late 2011 and launched the Aakash tablet.

By focusing on the bottom end of the pyramid in India, and finding ways to adapt to the local business culture in India, including the price consciousness in the country, Compuwind found great success as a Canadian firm in India. Compuwind’s business model focused on entry- level users and the provision of a cost-effective, web-access device with free Internet access.

The company, as a mobile, virtual-network operator (MVNO), purchased wholesale access to mobile data from wireless-network operators, or as part of a bundling relationship, to offer free, mobile-internet access to its customers, and the company’s web-delivery platform reduces bandwidth consumption.

Compuwind formulated a full-service ecosystem of revenue streams that drove down the cost of hardware; hence, the devices acted as customer-acquisition tools that provided “free mobile-internet services.” Compuwind partnered with numerous firms as part of a comprehensive supplier-and-partner strategy to build applications and generate content for its devices. 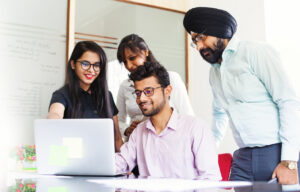