Understanding the Business Culture of India

I vividly recall my days on the ground in India as a Canadian Trade Commissioner in the early 90s, where I saw, first-hand, how communications between Indian and Western businesspeople often failed to reach first base. The Westerners were thinking contracts and short term, while the Indians were thinking relationship, trust and long-term.

During those years, I was struck by Western executives’ lack of awareness and preparation on the cultural side. At times, this played out like industrial tourism, with last-minute briefings highlighting some of the key dos and don’ts relating to Indian culture. At other times, there was a sense that things were progressing but the lack of subsequent follow-up by Western companies left the Indian side bewildered or disappointed.

Almost three decades later, I think it remains fair to say that Western businesspeople continue to underestimate the importance of business culture in India. Those who do tune in to culture often look for a one-size-fits-all approach and fail to account for regional, institutional, and personal cultural nuances that impact business.

In the West, while we see an abundance of seminars and webinars on “doing business” and “business culture” of India, the cultural element is generally not very prominent in these events.

Western firms who believe that cultural issues can be absorbed as the firm moves along in India or handled by a “local representative” are not being realistic. In the longer term, they should understand that what you put into preparing your Indian strategy will be reflected in what you come away with and cultural sensitivity needs to be in your strategy. 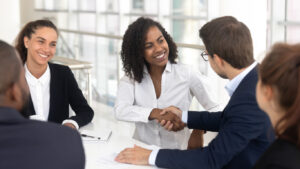 Fully accounting for Indian culture and its impact on doing business in India or with Indians can be an overwhelming task for any Western executive: Not only is business culture of India hugely complex and diverse, but it is evolving in so many ways, with technology and India’s integration into the global economy playing their part.

Indian companies are going global and helping to bring Indian business culture and innovation to the world. Westerners are now watching movies from Bollywood, celebrating Diwali, and using Indian mobile payments technologies from companies like PayTM for their transactions. All of this should mean that Westerners will awaken to the fact that business culture really does impact the bottom line in doing business with Indians. It is not a “nice to know” factor it is a “need to know” one.

Overview of the Business Environment in India:

As one of the one of the fastest growing major economies, India continues to attract significant flows of foreign investment due to its competitive labor costs, high potential domestic market, and young skilled workforce. Western businesspeople can not afford to ignore India.

As we all know, the Indian economy is currently reeling from Covid-19 and the headlines are hugely concerning both from a public safety and trade and investment perspective. The impact on the economy is heavy and the timeline for recovery is cloudy. However, the resilience of the Indian people has never been in doubt and the longer-term potential of the market holds the attention of Western companies. 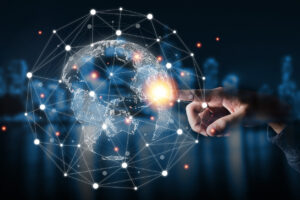 Opportunities for Western companies indeed abound with some of the exciting sectors including:

In addition to the well-established services and outsourcing sector, India now boasts of a large and diverse manufacturing sector that generates 17% of GDP and 15% of the total employment in India. Benefitting from traditional strengths like cost competitiveness, a young and large workforce, natural resources that support a wide range of industry sectors, and a rich pool of English-speaking scientists, researchers, and engineers, India’s manufacturing sector looks incredibly promising in the medium to long term.

With advanced technologies, like the Internet of things (IoT), artificial intelligence (AI), blockchain, and robotics, Indian manufacturing is in evolution. India’s government and Prime Minister Modi understand the importance of manufacturing in the country’s growth strategy, and have launched a series of initiatives, such as Startup India, as well as structural reforms in areas like tax and intellectual property rights, ultimately sparking global optimism. 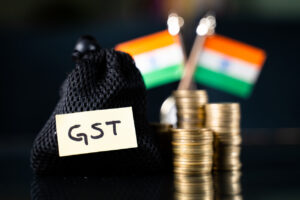 Despite some of the structural constraints that may be keeping India from realizing its full economic potential, steps have and are being taken to eliminate some of these bottlenecks by focusing on public sector reforms and improving the business and investment environment. One of the recent positive developments is the implementation of the long-sought Goods Services Tax (GST) which creates a common internal market and, with it, greater transparency, improved ease of doing business and tax efficiencies.

I am highlighting below some of the key factors that make the business culture of India so compelling on the one hand (Accelerators), and those that make the prospects of succeeding challenging on the other (Ongoing Issues). 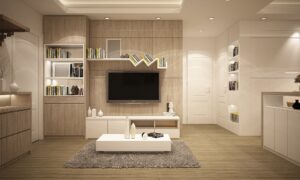 India’s 1.3 billion people buy about US$30 billion of furniture, lighting, and household items every year. Betting on the growing middle and upper-class segments in India, Swedish Solution, the world’s largest furniture retailer, with its reputation for good value and a brand that signals an affordable, mass produced and functional product, hoped to appeal to the bargain hunting nature of the Indian shopper.

India’s retail landscape is complex. Ninety five percent of its furniture sales are through small shops that offer custom-built products, as well as free assembly and delivery.

Swedish Solution’s stores are the opposite with the approach of sprawling outlets that look like part showrooms and part warehouses. Moreover, its design aesthetic is lightweight and lean in contrast to the heavier, bulkier furniture traditionally favored in Indian households.

By tailoring its products for local tastes, Swedish Solution has made several adaptations given India’s lower income levels and the high degree of price sensitivity. The store features hundreds of products, from dolls to spice jars, that are priced at less than 100 rupees or around US $ 2.00, for example. “We want to be as relevant as possible, said Nick Ellis, an Australian who heads interior design for Swedish Solution’s Hyderabad store. Even the cafeteria caters to Indian tastes with biryani, samosas, and vegetarian Swedish meatballs on the menu and 1,000 available seats, more than any other Swedish Solution store in the world, to accommodate the more leisurely dining style of the Indian families.v
Results:

Six years after it was first planned, its giant 400,000-square-foot store in Hyderabad became the first step toward fulfilling Swedish Solution’s ambitions in the country with more outlets scheduled to debut in Mumbai, Bangalore, and the Delhi area in the next two years. By 2025, the company hopes to have 25 stores in India, some of them in a new, small format. 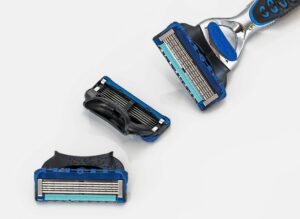 Low-income Indian customers who could not afford Ameribrand’s premium price relied on the outdated, but traditional, double-edged razor shaving systems available in the market.

In 2010, Ameribrand did something the Harvard Business Review described as “reverse innovation” to develop a product that would satisfy the needs of the lower income customer. It went back to the source by making significant investments in market research to better understand the needs and preferences of target consumers, which required spending hours visiting and interviewing consumers to better understand the role of grooming in their lives and their needs.

Ameribrand understood that Indian consumers’ needs, culture, and attitude towards shaving were radically different from those of Western consumers. Apart from affordability, customers also valued safety and ease of use. Rather than lowering performance, Ameribrand kept the valued customer at the core of its strategy and introduced an innovative value proposition for the value-for-money customer.

On the product front, Ameribrand made several changes to its “Guard” line from the traditional razor systems produced in the developed world: Extra blades were eliminated; design complexity was reduced (resulting in fewer parts to assemble during the manufacturing process and new, easy rinse cartridges were designed to help customers save water and ensure the blades are clean, even if running water is not available, and the new handle has a better grip, making the experience easier and safer); a safety comb was introduced to tackle the problem of frequent cuts, especially for men who are not daily shavers and deal with longer hair; a hang hole was introduced as a response to less convenient conditions and to allow for easy drying and storage.

Local manufacturing enabled Ameribrand to lower its cost structure and maintain low prices. The distribution model, not based on few large retailers, but on millions of local shops where it was more likely to reach its target customers, rather than bigger retail chains, allowed Ameribrand to achieve a higher market penetration and wider distribution reach.

Through a creative use of traditional ads and marketing campaigns that supported the launch of the new Guard, Ameribrand was able to change consumers’ indifference towards shaving and create a true momentum for its products. Unlike the heavy digital marketing strategies used in the developed world, the campaign for promoting Guard was based on traditional advertisements featuring Bollywood actors.

As the first product designed for men specifically in this market, Guard is touted as “one of the most significant product launches in Ameribrand’s history”. It was priced at just ₹15 per razor and ₹5 for a refill cartridge and fully met customer expectations on safety and ease of use. 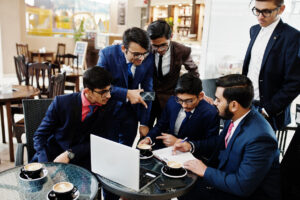