Women in Business in Brazil

In this blog, we look specifically at the position of women in business in Brazil. Whether you are expanding, investing, or starting a new business venture there, this blog will tell you some of the core issues that are relevant to your needs right now.

The women of Brazil have made significant leaps forward over the past few decades. Ever since Brazil’s first female President, Dilma Rousseff came to power in 2011, the position of women in business has significantly improved. Women have been able to significantly reduce the education gap, and they are in fact, now graduating at a faster pace than their male counterparts. In the business world, however, specifically when it comes to holding senior level positions, Brazil is still falling behind from a global perspective.

Looking back at the history of women in business in Brazil, in 2011 almost 45% of the total workforce was made up of women. However, most of the roles taken up by women are considered to be from the unskilled sector, and where seniority levels are concerned, there are still far fewer women in the middle to senior management positions overall.

Women in business in Brazil find it much harder to break into the workforce than many other places in the world. This is probably why they are still only ranked in 95th place on the World Economic Forum Global Gender Gap Report.

Looking specifically at Europe and the U.S, women were primarily introduced into the workforce during the great world wars, and while the men were off fighting women took up their jobs in factories and offices. Because Brazil barely participated in these wars, there wasn’t any significant change in the workforce ratios during this period where men and women were concerned.

Industrialization in Brazil was initially focussed on the Sao Paulo and Rio De Janeiro states. Both women and children were viewed as ‘cheap labour’, and this was how their integration into the workforce began – primarily within the weaving and spinning industries. However, with further changes to the industrialization of Brazil, women were forced out of their jobs so that these positions could be given to men. Society has also played a huge role in telling women that they needed to be at home, raising children and tending to their needs, rather than in the workforce.

There are still gender imbalance differences that exist within both society and the business world itself. Women will typically earn 30% less than men who are in the same job, and this is something that does not look like it will change anytime soon. Due to what can only be described as a culture of permissiveness, one of the major barriers to progression in business is workplace discrimination.

There is still an underlying requirement for women to stay at home with their children. For this reason, the vast majority of the very few senior women in business in Brazil will either have no children or will be of an age where they have already past their childbearing years.

With all of this in mind, there are many women in Brazil who fight with tenacity and tact to work their way up the corporate ladder. This fight for female empowerment, coupled with higher academic attainments, mean that some employers, are able to onboard incredibly talented, hard-working, self-motivated females. This, if anything, should be seen as an opportunity for international companies wanting to do business in Brazil.

While there are laws which prevent gender discrimination in pay and career advancement, the reality faced by women in business in Brazil is starkly different. Although public commitments have been made to reduce inequality in the workplace, there are no systems in place which mean that business owners need to reveal any salary data at present. Companies are given the option to opt-in to pro-equality programs, but very few actually do so.

Out of all the countries in Latin America, Brazil still remains one of the most difficult markets for women in business. For anyone employing women, it is expected that the pay will be less, and they will have to work harder in order to achieve success.

If you would like to discuss how Global Business Culture can help you improve your success when working with Brazil through targeted Brazil cultural awareness training please get in touch. 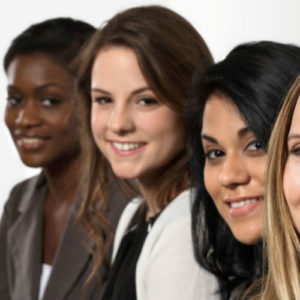