Women in Business in Belgium

If you are looking to do business in Belgium, you will most likely already have an appreciation for the country’s open, globalized, and diverse economy. It is a highly multicultural and multilingual nation that performs significantly well in the ease of doing business across borders index, and for effectively supporting start-up operations.

While other countries across the globe are only just beginning to make gender pay gaps public, in Belgium this has been standard practice for many years. Interestingly, any companies who have 50 workers or more need to report their pay data every two years as a minimum. In other countries, such as the UK, regulations usually only apply to employers who have more than 250 staff.

Across Europe and beyond, Belgium boasts one of the lower gender pay gaps, surpassing other countries such as Iceland, Norway, and Sweden. For anyone looking to employ women in Belgium, parity in salary between men and women is standard practice.

The history of women in business in Belgium is quite different from the current state of play. It has taken a deliberate and intentional intervention from the Belgian Government via changes to legislation and policy over the past few decades to create today’s environment.

The Involvement of Trade Unions

Trade Unions play a significant role in this, and if you want to hire people in Belgium, you should be aware of their involvement. Almost 60% of all Belgian workers belong to a trade union. However, there are collective bargaining agreements that are signed by almost 95% of workers in the Belgian workforce. These agreements mean that instead of an individual having to negotiate their salary directly with their employer, there is a framework in place that determines who gets paid what for the specific type of job they do and the tasks they perform. In terms of salary increases, these are typically indexed to the cost of living in Belgium. This avoids employees having to request salary rises in order to meet with the rising cost of living in the country.

These agreements and their somewhat unique way of determining salaries means that regardless of whether you employ women or men, wages are non-discriminatory. While the gender-pay gap is one of the lowest across the globe, there are still some industries, such as the Insurance and Finance sectors where pay differences are still quite apparent.

Women in management and senior-level positions are still somewhat unequally represented. In fact, this is one of the only areas of business where women do not have equal or even near equal representation. Nine out of ten CEOs in Belgium are male. The number of management positions that are filled by women is one of the lowest in the whole of Europe. The reasons behind this are nothing to do with wages, but rather point to a number of economic and social factors at play. Childcare prices, adequate childcare facilities, and a lack of flexible working hour arrangements are some of the major reasons cited for this.

If you are considering hiring staff on a part-time basis, then these positions will most likely be more appealing to women in Belgium. Roughly 40% of employed women work on part-time contracts. The retirement ages for men and women in Belgium has remained constant at 65 for both. Again, unlike other countries where women get to retire earlier, this is another example of just how equally men and women are treated.

Additionally, if you are sending female employees or management over to Belgium, you can expect that they will be treated with the utmost of respect. 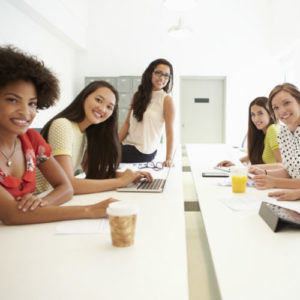