Tactics and Strategies for Success in Indonesia – Part 2

The following is a roundup of recommended tactics and strategies that will help you better navigate and find success in the Indonesian Business Culture. They are presented in alphabetical order for ease of reference.

As noted above, people believe in good harmony and relations are the most important components to successful business.

The concept that “time is money” does not translate culturally. Instead of being urgently productive, people try to maintain a pleasant atmosphere at work. Therefore, keep in mind that they may take a longer time negotiating and completing things.

Do not be pushy or insistent on punctuality or speed as displays of aggression or heavy insistence can make Indonesians hesitant of doing business with you. Accept that they can be more concerned about having a smooth business negotiation than making a hard – driven profit.

It is important for international businesspeople to do their homework on the counterpart organization and its structure. Taking the time to probe the hierarchical structure and the individuals in the decision-making process can be hugely beneficial in terms of saving time and avoiding discussions which go in circles.

As an expat, business traveller or tourist you may want to consider lessons in Bahasa Indonesia, which are readily available in Jakarta and the islands. However, be aware that business with foreigners is often conducted in English. You need to do your homework together with local contacts or partners to determine if translators or interpreters will be needed.

Although many government officials speak some English, they may prefer to hold meetings in Bahasa Indonesia. Fortunately, English-speaking translators are usually easily accessible. Presentation material and company literature should also be translated into Bahasa Indonesia. 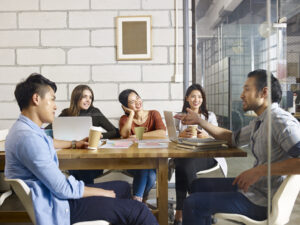 Meetings tend to be rather formal. The Indonesian participants will often enter the room based on their hierarchical position. Keep in mind that most Indonesian businesspeople are Chinese, and they are likely to be prompt for meetings and appointments. Other businesspeople and many government officials are ethnic Malays, and they may place less of an emphasis on efficiency, punctuality, and deadlines.

Meetings start with a lot of small talk, which can be extensive, occasionally lasting more than an hour. This allows participants to become personally acquainted. It is important to be patient and let the Indonesian side set the pace. People appreciate a sense of humor, but keep it light and friendly, and be careful not to overdo it. Business is a serious matter in Indonesia.

The primary purpose of the first meeting is to become acquainted and build relationships. It is often unrealistic to expect initial meetings to lead to straight decisions. Occasionally, participants may say very little during an initial meeting. This should not be interpreted negatively. Participants often remain indifferent until they have had a chance to convene with their group to gather consensus. Presentation materials should be attractive, with good and clear visuals. Use diagrams and pictures wherever feasible, cut down on words, and avoid complicated expressions.

Having your handout materials translated to Bahasa Indonesia is not a must but helps in getting your messages across. Correspondence with government officials must be in Bahasa Indonesia.

Negotiations generally proceed very slowly and at the first session little progress is usually made. In general, Indonesians like bargaining and giving concessions too quickly will be viewed as naivete. Verbal contracts and understandings are considered important, but a written legal document should follow. 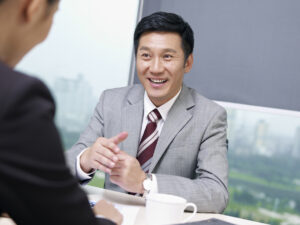 Indonesians generally take a non- aggressive approach to business as they view boisterous behavior very negatively. Rather, they speak softly and with little emotional weight. Try to echo this same style of communication. Show compassion and be personable, but do not be confrontational or let emotion get in the way of negotiations.

Almost everything can be seen as negotiable in Indonesia, so expect some bargaining. Indonesians do not bargain aggressively and high – pressure tactics are likely to collapse negotiations. Therefore, if they have unrealistically high starting positions, allow time to gently sway them over the course of the meeting.

Do not interrupt an Indonesian. They will usually give you plenty of room to speak and often show great respect during conversation. If you do not do the same, they may be too intimidated to share their opinions at all.

Expect Indonesians to defer to hearing your opinion a lot as Indonesians often ask their counterparts to speak first so that they can modify their own proposals. They will also show a great amount of deference by trying to say what they think you want to hear.

This can, of course, make it hard to decipher what their genuine opinions are. Though it is possible to get Indonesians to clarify what they mean, meetings still often end with a few points seeming vague. Indonesians may be reluctant to tell you when they cannot understand or disagree, so sometimes it can be hard to judge how successful negotiations are.

Public Holidays which are noteworthy, and you should respect include:

Relationships are extremely important to Indonesian businesses and the Indonesian business culture. Indonesians are generally unwilling to do business with someone unless they have established a relationship. As such you should enlist the help of a local partner or influential Indonesian to make the necessary introductions before you attempt to enter negotiations.

Doing business in Indonesia has been described as a chess game and that it is more about who you know rather than what you know. Accordingly, it is important to develop and maintain close business contacts preferably those with the right connections for success in the Indonesian business culture.

It should not be viewed as unusual if some of your business negotiations are conducted on a golf course or over a meal. Socializing while conducting business is considered normal and just another part of forming a better personal relationship.

So how does religion in Indonesia impact business? In the larger Indonesian cities, it is often easy to forget that Indonesia is a majority Muslim country. Indonesian cities are quite secularized, and religion doesn’t seem to have a major impact on business at least on the surface. As a foreigner, politeness and good manners are sufficient in most social settings. 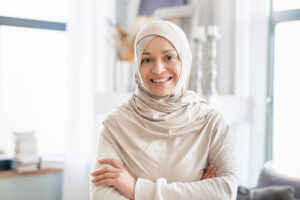 You need to do your homework to identify the religion of your counterpart and the implications for business for success in Indonesian business culture. With regards to Muslims and Friday prayers, companies will issue clear guidelines about the time employees have to pray. The reality, however, is that it’s difficult to change the established perception that the weekend starts with the end of Friday prayer. Similarly, while Indonesian Muslims don’t view the month of Ramadan as time off from work, they also don’t expect to be held to the same standards of efficiency, output and working hours during the fasting month.

At the end of Ramadan comes the Eid ul-Fitr holiday, which marks a mass exodus of Indonesians to their hometowns. The holiday is meant to be three working days, but usually extends to a full week for white-collar workers. For blue collar workers, the expectation is two weeks off.

By recognizing these limitations, a company can organize its operations, so it has the least impact on overall output. For foreign companies operating in Indonesia, its also important to notify headquarters in the home country about the shorter working hours and drops in output so activities and timelines can be adjusted.

Time in Indonesia is referred to as “rubber time” due to the elastic approach Indonesians have towards it. Therefore, meetings can often start or finish late. Meetings are often unstructured and do not follow a well- defined agenda.

If there is one thing that many Indonesian workers value, aside from a harmonious place of work, it is reputation. Otherwise known as “face”, reputation determines a worker’s life at work. It is linked to a person’s dignity, honor, and value.

The main reason most Indonesian workers avoid conflicts and confrontation is to save one’s face. A blemish on an Indonesian workers’ sense of pride could potentially push them to resign from the company. You should avoid mocking or insulting anyone and shortcomings should be addressed privately.

Foreigners should keep the importance of “face” in mind in all business dealings and not just in employment situations to be successful with the Indonesian business culture. Your counterpart will be sensitive to this aspect in negotiations, partnership undertakings, public meetings and in discussions around joint performance expectations etc. 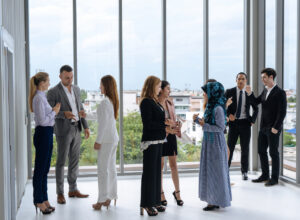