Does Radical Candor Work in India? 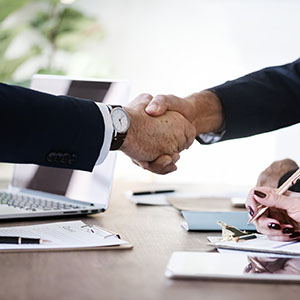 I had the opportunity to deliver a cultural awareness training to the executive leadership team of a technology company in northern California. One of their objectives was to understand how their company values aligned to other national cultures. When I first learned that radical candor is a company value, I smiled because they had recently opened an office in India. As a consultant, coach, and trainer in international relations and culture for over 20 years, I knew this was an opportunity to explain radical candor across cultures.

What is radical candor?

The American concept of radical candor is defined as a combination of caring personally for others while challenging them directly.
Many Americans prefer to be direct in their communication. However, after working internationally for large multinational companies and management consulting firms, I realized that the concept of challenging others directly was something not accepted in many cultures. Developing a caring relationship for someone takes time. Radical candor is difficult to champion within cultures where hierarchy, formality, and context are valued.

Does hierarchy affect working with India?

In many hierarchical cultures, such as India, people in higher positions challenge directly whereas people in lower reporting positions use an indirect approach when communicating. This controlled approach of communicating more indirectly is to build relationships and maintain harmony with others. The other part of radical candor is personally caring. Over time, a successful organization will develop trusting relationships to care personally about each other. Trust is critical in these relationships. Some cultures assume trust until proven wrong. Some cultures need to get to know someone better or ask others about their reputation before trust is built.

Many years ago in the US, the process of 360 feedback became popular. This is a feedback model where everyone on the team provides an evaluation of each other, including direct reports evaluating their superiors. The assumption was that radical candor would be expected both verbally and written in performance appraisals. However, when US-based companies implemented this in other international locations, they experienced pushback and poor results using a 360-feedback process.

Cultures that function well in a hierarchical model often struggle with the concept of radical candor as an expectation for everyone in an organization to embrace. For example, an entertainment company tried to implement radical candor in their Japan office but failed because Japanese culture is collective and hierarchical. It is critical not to embarrass others so “saving face” is a deep cultural value within Japan and India. In US culture, equality and speaking up are values so radical candor might be more easily embraced in organizations.

A US colleague wants input from one of her colleagues in India who has a great deal of expertise. However, her questions are mostly answered by the colleague’s Indian manager during virtual meetings.

This situation is a common occurrence with India-US teams. Discussing these differences and agreeing to communication and working process norms is encouraged for multicultural teams.

Over the years, I’ve conducted cultural awareness sessions and expatriate coaching for American companies on the West Coast of the US working with other national cultures. Many smaller organizations reinforce the concept of radical candor because they are more like a family with leaders who are more involved in their subordinates’ work. They develop relationships where they care personally such as how a mother or father figure would. Even outside of work, some families care personally for each other and can communicate and challenge each other directly.

Is India more of a formal culture than the US?

Another aspect of radical candor is informality where environments are casual and friendly. With my west coast US clients, I coach many of them to understand more formal cultures where there is an emphasis on protocol, customs and set processes. India is more formal than the US.

Formality goes beyond the idea of attire. Formal communication includes using titles, last names, and gestures of respect. Gestures include exchanging business cards, holding the door open to let another enter first, and carrying items for others. Sometimes it takes a long time to change from a last name basis to a first name basis within a hierarchical formal business structure. The personal caring of radical candor in formal cultures will also be a slow process as trust is built over time.

One gesture that confuses Americans is the Indian “head bob”. This is where the head is tilted with one ear leaning towards the shoulder and then the other ear leaning towards the opposite shoulder. Americans are familiar with the up and down movement of the chin to mean “yes”. The gesture of “no” is where the chin moves side-to-side. The “head bob” can be interpreted as `I’ve heard you and I’m thinking about it, not “yes” or “no”. This perceived gesture of ambiguity by Americans doesn’t lend itself very well to radical candor.

Is context in communication important in India?

If radical candor becomes a norm for business cultures, it would most likely be implemented in the US and other low context cultures where challenging others directly is seen more favorably. The bigger challenge for the employees and leaders in US organizations is to care personally. In the past, there was more loyalty between both the employees and the owners of a company. With the freedom for people to easily leave an organization and company’s ability to quickly let people go (employment at will) in the US, many believe that business is business, and say “don’t take it personally”.

Americans with a low context communication style tend to speak more openly and candidly. Indians with a high context, indirect style could perceive Americans as confrontational and blunt. They might feel hurt or offended by the upfront approach to handling conflict and could feel uncomfortable. As they tend to value harmony, they might avoid bringing up difficult conversations.

Indians with a high context communication style tend to speak more in a way that can be perceived as indirect. Americans could interpret this style as dishonest when Indians avoid difficult conversation topics or avoid saying ‘no’ to a request. Direct communicators may not trust the indirect communicators. This leads to dysfunctional relationships, teams, and organizations.

How not to communicate when working with the US and India.

In our most recent training in India and in the US, we have heard the complain about superiors using inappropriate language in both cultures when they become defensive and angry. This is unacceptable in working environment regardless of the culture. Emotional intelligence is needed. In languages there is a level of impact certain curse words have in someone’s native language. Especially when you begin to speak a second language, it is difficult to know the severity of curse words.

Instead of using the term, “radical candor”, to express caring personally and challenging directly, I recommend “caring candor” or “thoughtful candor” or “gentle candor” in order to build trusting and respectful working relationship across organizations.

Is radical candor for everyone? For some organizational cultures it might be easier to implement this way of working, however many cultures outside of the US, including India, will struggle with this expectation of working. Hierarchy, formality, and higher context cultures that want to maintain harmony in the workplace might embrace the “caring personally” aspect of radical candor, but might not embrace the “challenging directly” aspect associated with it.

My advice: be aware that radical candor will not cross cultures easily.

To learn more about working across cultures.