How prepared are you for your expat assignment in India? 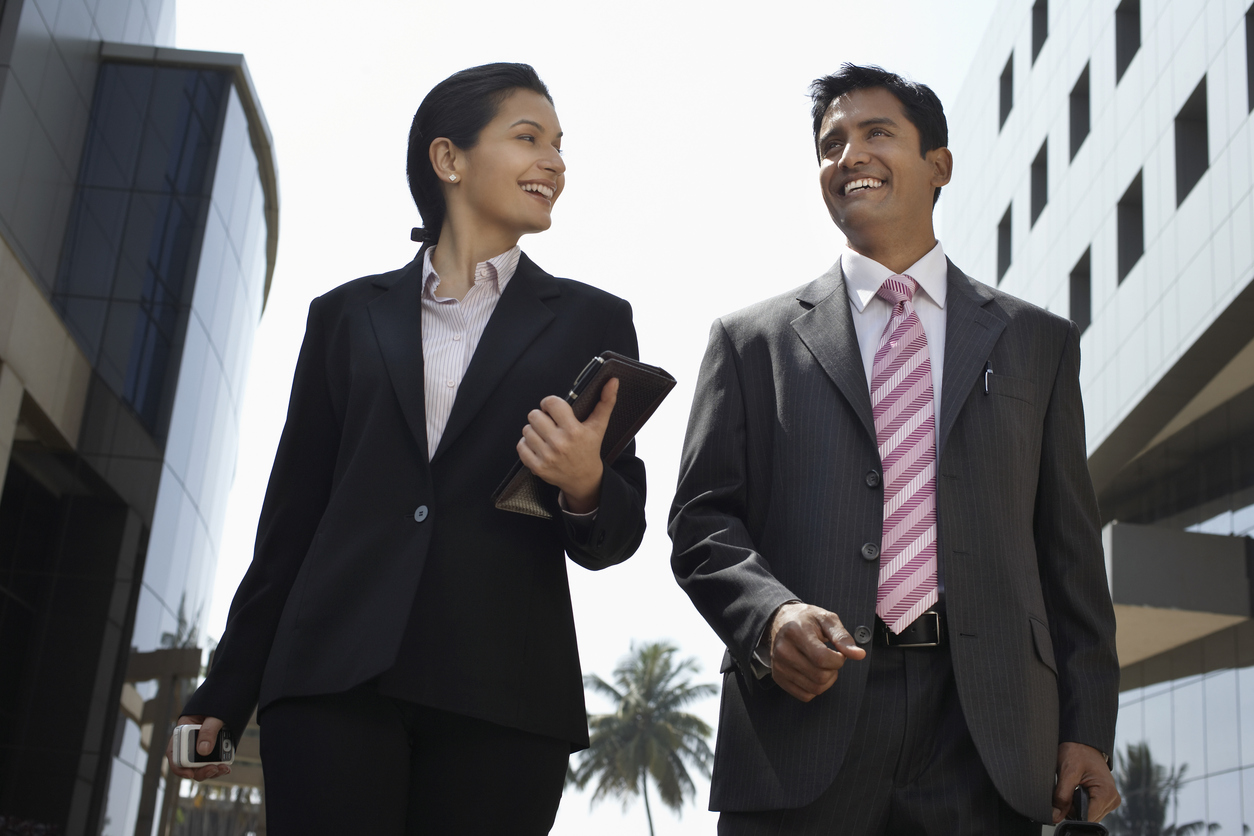 As travel resumes and the world creeps towards a new normal, the big Indian cities have started seeing a resurgence of the expatriate population. With it, has come the vital need for cross-cultural awareness training to sensitise the new and in many cases, ‘naïve’ arrivals into daily living and working practices of a country, described by many as being complicated, difficult, vibrant, chaotic, friendly, colourful.,,,to name a few adjectives.

With India’s fast-growing infrastructure and rapid rise in foreign investment over recent years, opportunities galore have opened up for expatriates in the fields of banking, manufacturing, ITeS, oil and gas, steel and much more.

As one of the world’s largest economies, and helmed as the second most populous country in the world, the prospect of living and working in India can seem daunting, intimidating yet exciting at the same time for many who are seeking to make India a temporary home. No doubt there is a lot of learning to imbibe in India.

Why is cultural awareness training a must for anyone relocating to India?

India is organised chaos and as most visitors to the country have declared, an absolute ‘sensory overload’. Culture shock is inevitable since most expats I have worked with have never experienced anything remotely similar in their previous ‘overseas’ assignments.

For first time visitors, culture shock sets in as they go through and navigate the plethora of sights, sounds, smells and experiences of one of the most fascinating countries on the planet.

Cross-cultural awareness training enables a far smoother transition for expat assignees and their families as they navigate the various aspects of daily living and working life during their stay.

What awaits the expats in India?

Having trained hundreds of expat in India and their families over the last 20 years and helping them transition to a smoother living and working life in India, no one is truly, fully prepared for what awaits them.

What should every expat know?

Considered one of the most important aspects for a smoother transition, it is important for the assignee and their family to adjust to the new, daily living habits of the host country.

Through better understanding of the country’s etiquette, customs, and habits, assignees and partners no doubt experience a more pain-free adjustment and assimilation into the new environment. Practical tips on grocery shopping, travel, restaurants, to getting a haircut, and locating other expat groups etc. may sound like mundane information sharing but is soon regarded as invaluable advice to all first-time expats to India.

Whether you are leading an organisation in India or joining an established team, understanding and adapting to key working practices is vital to success. Getting used to and deciphering new communication and negotiating styles, learning to provide feedback differently, delegating and realizing that business success depends largely on relationship-building, is important for any expat assignee seeking success in the Indian corporate environment.

While we will cover various aspects of living and working in India through future blogs, let’s look at some of the initial concerns of those who are on the verge of relocating or who have newly arrived in India:

According to the InterNations Expat Insider 2019 survey, India ranked in the bottom 10 countries for expats when it came to satisfaction with the quality of life.

The biggest shock for most expats is usually the level of traffic and pollution encountered, especially in the big cities. Mumbai, Bangalore, Delhi and Hyderabad are huge expat hubs and although each city varies in terms of size and population, general infrastructure leaves a lot to be desired and takes a lot of getting used.

It takes a while to adjust and many expats either learn to overlook the issues or realise that the rewards soon outweigh the hardships. Many enjoy and soon get used to top notch salaries and perks, are provided beautiful houses or apartments in the best localities as well as 24-hour drivers and maids at their disposal to ensure a comfortable and satisfactory life during their time in India. Beware, cities like Mumbai are not as cheap as one may think and Mumbai has the distinction of being one of the most expensive cities for rental accommodation, eating out and overall standard of living costs.

In the last 10-15 years, world class restaurants, hotels, coffee shops, travel, and shopping experiences have made life easier for those who crave the ‘international experience’ or things they miss from ‘back home’. There’s no doubt that service and hospitality levels found in Indian hotels are second to none and probably at a fraction of the cost of what it would be in the west.
There are some expats who don’t have the patience to deal with the crowds and chaos of India and decide to leave before their full term is up. On the other hand, many others possess a more open-minded mindset and show greater flexibility, learn to adjust, and are willing to adapt to their new environment.

Some have taken to India like a fish to water and even decided to make India a permanent home!

No country is 100% safe and it is important to always be on guard wherever you are.

Scams, pickpocketing and small crimes are common like in most cities around the world. When travelling, especially by local taxis and trains, it is always best to be on guard. Women should avoid travelling alone at night on public transport or in unknown areas and it is always advised to get authorised transportation rather than just hailing cabs off the streets. While visiting smaller, rural cities, women need to be on their guard purely for the fact that a foreign face draws much unwanted attention.

Unlike attitudes in small, rural towns, women living in the large Indian cities enjoy much more equality, hold high ranking jobs and many live independent lives on par with their western counterparts.

Newly arrived expats are pleasantly surprised to see their initial fears for safety slowly dissipate as they learn to navigate the city, meet fellow expats and friendly locals.

There are approximately 121 languages spoken in India, with over 19,500 dialects. Although the most spoken language is Hindi, the official business language is English. Therefore, contrary to what most expats believe prior to arrival, language barriers are unlikely to be a problem for most in the large Indian metros where English is spoken and understood to a large degree. Language hurdles will likely be faced when they venture into smaller towns and cities where regional languages and dialects will be more commonly encountered.

It isn’t easy to live in India and ignore extreme poverty. Although a majority of poverty exists in rural areas, people living in the big metros will still encounter it on a regular basis. What is most painful and difficult to accept for many newcomers to the country, is the stark difference between the poor and the extremely rich. For example, it is not unusual to find a beautiful block of high-end luxury apartments worth millions to be overlooking a slum or a 5-star hotel adjacent to ramshackle hutments.

There is a big deference for power and this shows in the communication style towards leaders. For example, it takes a while for many expat leaders to convince their subordinates to address them by their first name instead of Sir or Ma’am, which many Indian leaders expect.

Many western expats who are set to lead Indian teams are also surprised to suddenly find themselves as micro-managers, something which they were not used to earlier. Traditionally, a good manager in India has always been seen as a hands-on manager and administrator who ensures the smooth implementation of tasks by his team.

For any expat to lead in India, the importance of being culturally aware of leadership and communication styles is of paramount importance.

Expats who lead Indian teams must understand and decipher indirect communication styles favoured by Indian counterparts, be able to provide constructive feedback, and learn the art of relationship building as well as many other strategies which are tantamount to business success in their new environment.

More importantly, they must understand and accept that a leadership style which may have worked wonderfully in their previous organisations in the west, will have to be totally reanalysed and reworked upon when leading in India.

It takes a while to settle in India and find your feet, but the benefits are hugely rewarding after the initial obstacles and culture shock are overcome. The opportunities are vast, and many come to appreciate its beauty, traditions, rich cultural heritage, and the friendliness of its people.

Anyone aiming to make that professional move to India has to be prepared for what awaits them.

Cultural awareness programs greatly help assignees and their families navigate key hurdles when it comes to daily living and guarantees a smoother transition.

One thing is for sure. Most expats will vouch for the fact that their stint in India has been one of the most exhilarating, enriching and rewarding experiences of their entire career and a great vale add to the CV.

Asmita Parashar is an experienced India-based Intercultural and Certified Life Skills coach with over 20 years’ experience working with corporates and individuals.

Raised by Indian parents in the UK, she worked for Reuters after graduating from Kingston University, before relocating to Mumbai in 1991.  Once in India, she continued to work as a writer with the Times of India and then as Brand and Training Manager for an international clothing and beauty retailer.

With India’s increasing globalization during the 1990’s, Asmita combined her experience of living and working in both UK and India, to design and deliver intercultural training programs for both Indian and global executives and managers; helping them bridge cultural gaps to garner better understanding during face-to-face and virtual interactions.