Why Understanding the Culture in China is Vital – Part 3

In this series of blogs, I am focusing on some of the key areas we look at when running China cultural awareness training programmes for our clients. Of course, you can’t go into the same level of detail in a post such as this, but it hopefully gives a flavour of what we would cover and what might help your colleagues interface more effectively into China.

In this piece I’m looking at a whole series of issues such as meeting styles, decision-making, long-term thinking and communicating in China.

In any meeting situation, it is important to show respect to those to whom respect is due – this is one of the ways in which you can show yourself to be honourable and in turn worthy of respect. Respect should be shown to age, seniority, party membership, the history and traditions of China, political sensitivities, the company, the region……. the list is almost endless. Stand up when a senior person enters the room, offer the ‘seat of honour’ (furthest from the door) and be attentive even if the key person’s English is weak.

Business cards are always exchanged on first meeting a new contact. Cards are held in both hands when exchanging them and then inspecteded in detail. You should have your card printed in Chinese on the reverse and always offer it Chinese-side up (as it’s obviously easier for the Chinese to read Chinese). Treat the card with great respect as the card is the man.

Handshaking is normal in China, but a Chinese handshake tends to be soft and lingering. As it is considered impolite to look people straight in the eye, it is customary to look down, lowering the eyes as a mark of respect.

Meetings are circular and you are likely to find yourself involved in a whole series of meetings rather than just one big meeting at which all major issues are disclosed and assessed. Meetings are more about building relationships and exchanging information and it is rare for a decision to be made within the meeting. Decisions will be made elsewhere in consensus-style discussions, which involve all the relevant people (including possibly a Party member). As a result of this approach to meetings and their serial nature, patience is very definitely a virtue. Impatience will achieve nothing other than delaying things even more.

Decision-making processes are lengthy in China as they usually focus on the complexity of an issue and people want to be sure that every single angle is considered before coming to any conclusion. This process very often involves revisiting issues already covered at the beginning and starting the thinking process and the whole chain of discussions again. In meetings you can find issues being revisited which you thought had been settled long ago. The Chinese want to be sure every aspect of an issue has been analysed in depth and then re-analysed. This approach can often lead to frustration for Western counterparties.

The Chinese are holistic thinkers. This allows them to view an issue at once in all of its complexity. Westerners tend to be more linear in their thinking and use a more processed approach to tackling a problem. This usually involves a beginning, a middle and an end.

China is a collectivistic culture which leads to a consensus building decision-making approach. Westerners view this approach as inefficient and too slow. It is usually slow but not necessarily inefficient. Again, as in many aspects of doing business in China, patience is not a virtue – it is a necessity.

All of the above Chinese characteristics point to a business culture that is long-term in outlook. Relationships take time to nurture and develop, decision-making is hierarchical and consensual, senior leaders tend to be older and people develop Guanxi relationships which brings life-long obligations. China is also an ancient civilization and the Chinese think in millennia not decades or single years.

Thus, taking a long-term perspective when working in the China market is an absolute imperative. Be patient and expect things to take longer to come to fruition. Plan on making several relationship-building trips before you see any tangible progress made or deals won. (This is not always the case but any ‘quick wins’ are best seen as an exception rather than the rule).

Always emphasise your long-term commitment to any Chinese counterparty, their organization and to China itself. Try to work out why working with you would be good for China and the development of China – this may seem irrelevant to you, but it definitely is not to the Chinese.

Mandarin is the official language of China, but it is not universally spoken or understood. Chinese should be seen as a family of languages – a little like the Romance languages of Europe. There are ten major languages in China which include Mandarin, Cantonese, Shanghaiese, Fukienese, Hokkien, Hakka and Chin Chow. On top of these there are dozens of minority languages, some of which are spoken by millions of people.

Although English language levels are rapidly improving in China, it can be difficult to do business in many parts of China without the aid of a translator. English language levels are very patchy and, although a layer of fluent English speakers exists, the layer is quite thin, and levels fall away very quickly. Communicating in China can, therefore, be a slow, laborious activity and fraught with constant dangers in terms of misunderstanding and mistranslation. Don’t assume comprehension. Cover the same ground several times and constantly check for understanding.

One of the reasons that communication can be such a problem in China is that along with many other Asians, the Chinese find it extremely difficult to say ‘no’. Saying ‘no’ causes both embarrassment and loss of face and it is therefore better to agree with things in a less than direct manner. Thus, anything other than an unequivocal ‘yes’ probably means ‘no’. Be very wary of phrases such as ‘Yes, but it might be difficult’ and ‘Yes, probably’.

It is also difficult to deliver bad news and this is often done through the use of an intermediary who can soften the blow and try to preserve as much good will within the relationship as possible.

The Chinese have a reputation for ‘impassiveness’ and this is largely based on Western misinterpretation of Chinese body language. The Chinese use a very limited amount of visual body language and Westerners often interpret this rigidity as a lack of responsiveness and emotion. Lack of overt body language does not mean that the Chinese do not show their reactions – it is more that Westerners are not skilled at reading it across the cultural divide.

All these issues point to the need to be very thoughtful in your use of language in China. Do not assume they have always understood what you have said (even when they tell you that they have) and never be afraid to go over things several times. The Chinese will very often go over issues many times – even when speaking in Chinese amongst themselves.

When speaking or writing English to the Chinese:

If you would like to have a conversation about how our China cultural awareness training programmes might help your business work more effectively in China, please contact us. 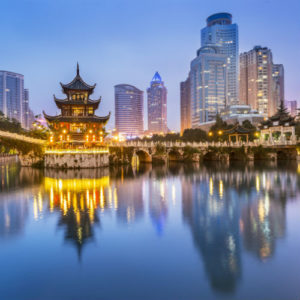