Why Understanding the Culture in China is Vital – Part 2

China remains front of mind in terms of global trade and this is certainly reflected in the work we are doing with our international client base. We are increasingly being asked to run China cultural awareness training courses by organisations who find themselves in contact with the world’s second largest economy.

In this second blog post of this series on Chinese business culture I look at a couple of key areas we would always explore in depth in any China cultural awareness training programme we deliver – these issues are face and hierarchy.

Everybody knows that it is important not to do things that could make Chinese counterparts lose face. But what, exactly, is ‘face’ or Mianzi? And that question is exactly where the problems start. Most Chinese (and many other Asian business people) are very quick to tell you how important ‘face’ is – but most of them find it very difficult to explain exactly what it is.

What Mianzi is not, is the slight degree of embarrassment a Westerner might feel when they make a mistake – the sense of Mianzi impacts much more directly on the sense of self-esteem somebody feels about themselves and the way in which they perceive they might be viewed by the people in the various groups they belong to. (Remember that China is an ultimately group-oriented culture and people belong to a myriad of groups – family, university peers, the Party, work teams, social club, the Party etc.).

The idea of face can probably be better understood through reference to China being an extremely hierarchical society. The relative position a Chinese person occupies in relation to another (e.g. a boss to an employee, or a parent to a child) demands a certain degree of respect and demands certain behaviours. Thus, a leader of a local Chinese company will expect their lower ranking colleagues to politely greet them in ritual fashion on arrival at work in the morning and a parent will expect his or her child to achieve high marks in school. If these expectations are not met, the leader or the parent will potentially feel slighted or embarrassed. This would then mean they potentially lose “face” in the eyes their co-workers or family.

The great danger of being seen to make somebody lose face (even unwittingly) is that the ‘victim’ might not want to do business with you in the future and, in addition, their peers are likely to view you as a potentially ‘dangerous’ person. If you can make one person lose face, will you do the same to others?

The type of typical actions which a westerner might undertake unknowingly which might make the Chinese lose face are:

Of course, along with the concept of losing ‘face’, sits the concept of gaining ‘face’. Many things can ‘give face’ including being praised by a boss, having a well-respected job, working for a powerful company, becoming a Communist Party member or even driving an expensive car – all of these can lead to being admired by one’s peers and society in general which leads to ‘gaining face’. It is probably a good idea to help counter-parties gain face because they are much happier working with someone who is a known as a face-giver than somebody who is oblivious to face-related issues.

Hierarchy and its impacts:

Many companies in China are either family-owned or government run and therefore tend to operate within a hierarchical structure. This hierarchical approach is then underpinned by the all-pervasive influence of thousands of years of Confucian philosophy and teaching and a strongly hierarchical, bureaucratic Communist Party structure. The combination of these elements means that local Chinese hierarchies need to be understood and interacted with appropriately – they simply cannot be ignored or wished away.

Many Western business people have been taught to view hierarchical business models as inefficient and slow – this may or may not be accurate, but hierarchies exist and cannot be ignored. The key impacts of hierarchy on day-to-day business issues which need to be addressed are:

Information tends to flow less freely within a strong hierarchy – information follows the hierarchical lines. Thus, a subordinate will give information upwards to their boss (who may pass that up to their boss) who will then pass it horizontally to a counterpart in a different function before it is sent down the chain again to the relevant party in the other function. When the information returns, it follows the same path in reverse.

This means that information flow around a local Chinese organisation can be slow – from a Western viewpoint. It also places an emphasis on getting the information to the right person first time (otherwise even more valuable time could be lost) which in turn means you need to understand their hierarchy and who the key contact people are.

A good piece of advice would be to take time in the early stages of any project to talk to senior management in your counterparty about how information flows. ‘If we want information about something, where do we go to find it?’

Senior managers do not expect or appreciate being directly disagreed with by more junior people from outside organisations. Your senior leaders should deal with their senior management – even, sometimes, regarding quite minor matters. This can put additional resource pressure on your senior leaders who may need to become involved in issues they would normally delegate to more junior people. Senior leaders also need to understand that if junior colleagues ask them to do something which ‘back home’ should be done by somebody more junior, it is not because the junior staff are hiding from their responsibilities – in fact they are taking real responsibility by acknowledging the need to respect the Chinese hierarchy.

Senior Chinese managers will be friendly and respectful of senior western business people but probably not overly impressed by them and are definitely not overawed by them. The meeting of very senior western business people and senior Chinese corporate leaders are often purely formal events in which work done before the meeting by more junior staff is celebrated and approved. These meetings are often not really used for real business discussions or decision-making.

Leaders are expected to lead in China and leadership style can therefore appear paternalistic with leaders telling people exactly what to do and subordinates doing exactly as they are told – unquestioningly (even if they think the boss might be wrong).

Strongly hierarchical cultures often produce a lack of initiative at the lower levels. Subordinates undertake the tasks they are told to by their leaders but tend not do anything else. If the leader wants something to be done, they will give those instructions and if the instructions are not given the boss doesn’t want that task to be undertaken. To perform a task unasked by the leader might be appear as insubordination.

Age is worthy of respect in, and of, itself. Age produces wisdom and older people are to be respected because of their age. This has traditionally meant that most senior people in China were older men. Demographics in China seem to be affecting this traditional approach with younger people being promoted earlier as the older generation retires.

If you would like to have a conversation about how our China cultural awareness training programmes might help your business work more effectively in China, please contact us. 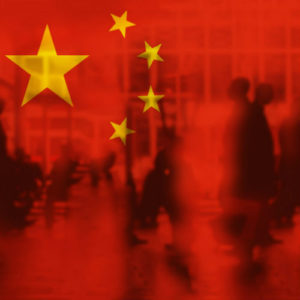