Women in Business in Argentina

Argentina is the second largest country in Latin America and the eighth biggest countries in the world. It is a high-tourism location and a hub of industry. Expansion, investing in a business or simply wanting to find out more about the corporate culture in this country will require you to have some knowledge of the role of women in business in Argentina. Understanding the beliefs of the local culture, along with the underpinning values of the country is key as they can impact anyone looking to do business in Argentina.

Since the return of democracy in 1983, women in business in Argentina have achieved a relatively good level of equality. While women who do business here should not have to deal with any major gender bias, there are still far fewer women in senior positions than their male counterparts. Statistics indicate that more than 50% of businesses in Argentina have no women whatsoever in their senior management team.

Although significant progress has been made, it is public knowledge that in specific contexts, there is still a noticeable level of inequality between men and women in the workplace. In the 2018 Global Gender Gap Report, Argentina ranks reasonably well, considering its past, and takes its place in the upper section of the table, ranking 36th overall out of 149 countries.

Women in Lower Paid Positions Despite Being Highly Educated

With around 70% of women being employed in unskilled jobs, women in employment in Argentina hold a disproportionately high level of lower paid positions. This is still the case, despite the fact that more women than men have obtained university degrees. However, it is still more challenging for women to obtain a good position, with more being demanded of women in terms of their educational attainments than is demanded of men.

Women who hold senior positions in Argentina still report there to be a significant level of sexist stereotypes in play. For instance, when in a room with other senior managers, the people who address management will usually address the men directly. For business trips or projects that might require travel, because women are still expected to manage and organize their households, men would often be chosen over women. This prejudice still exists largely because cultural conceptions about men and women are translated from the home and into the working environment. In terms of gender roles, there are no specific legal impediments that prevent women from performing most roles yet there remains limited access to positions of power.

Macho Culture as a Challenge for Women in Business in Argentina

On a slightly darker note, there is still a highly macho culture in Argentina, and this is something which cannot be overlooked when discussing the place of women in business. Outside of the workplace, the country has serious issues with domestic violence. Inside the workplace, it is commonplace for women to be subjected to supposedly harmless everyday sexism. Males in Argentina feel entitled to deliver somewhat lewd comments or whistles of intent, and while in many corporate cultures there are efforts being made to wipe out this behavior, it still happens, and it is a real challenge for women in business here.

The early retirement age for women in Argentina can limit the potential opportunities for advancement and career development; it also reduces the value of their pension or social security benefits. Women will normally retire at least five years earlier than men.

In Argentina, and indeed, many Latin American countries, one’s family is the most important part of life. Both men and women alike are expected to be fiercely loyal to their families, and the needs of the family unit are always placed before the needs or career aspirations of the individuals.

Due to the macho culture that prevails, men are expected to provide for their families and be the primary earner in their respective households. The specific structure of the households will vary somewhat depending on their social classes. In the lower social income groups, you can expect the household to be larger, and the mother will usually stay at home to raise the children while the father will go out to work. Government subsidies are still provided to help financially with raising children. Middle and upper social income groups will usually have only 1-2 children, and for the more affluent, regardless of whether the mother is in paid employment, there will often be maids or childcare providers hired to care for the children. All childcare, maids, and babysitters are notoriously positions held only by women, which further increases the gender bias towards women at work. 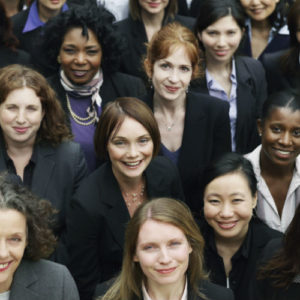