What You Need to Know about Business Culture in Mexico

The work etiquette is not too different from that of other Latin American countries. However, Mexico’s proximity to the US and the strong trade ties between the countries have also shaped the business culture.

Personal relationships play an essential role, to a point where the impression you give and the level of relationship you maintain with your local counterparts can override your business proposal. In my view, the biggest single difference in approach to business between Mexico and the USA or Canada would be the much greater emphasis placed on the value of personal relationships within the business cycle.

Mexicans usually spend much time and effort in relationship building and getting to know those with whom they do business. Networking is a big feature of this process, and it is not done without intent. Covid-19 has had an impact on this requiring both Mexicans and their international counterparts to adapt but you should never underestimate the importance of personal relationships in this market. 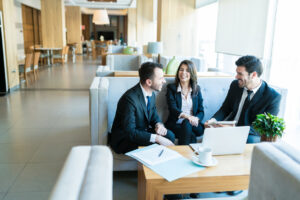 Although English is increasingly widely spoken in Mexico, it would not be wise to assume that all business acquaintances will be fluent in the language. English language levels vary, and it is best to check in advance as to whether translators may be necessary. It goes without saying that you will be at a great advantage if you and/or your colleagues speak good Spanish.

Mexico is a high context communication culture, so you need to be sensitive to the context of the situation and not focus so much on the spoken word. Mexican body language differs from North American and Northern European body language. People stand closer to each other and have far stronger eye contact than in many other cultures. It is important that you are not intimidated by these factors, as lack of strong eye contact or maintaining too great a distance could be misconstrued as standoffishness or untrustworthiness.

Mexicans are quite status conscious and successful people are expected to look successful. Dress is, therefore, of great importance and is vital to look smart in both business and social situations.

As in many relationship – oriented cultures, business entertaining is a big part of the process. A lot of business meetings take place over breakfast and, more commonly, at lunch. Both breakfast and lunch meetings can be lengthy, lasting two hours or more.

There is no hard and fast rule concerning conversational topics over business meals. Sometimes business issues will be discussed other times they will not.

The family unit is central to Mexican society, with large family groups often spending holidays and most Sundays together. Family gatherings that stretch across several generations are characteristic of Mexican holidays. Western businesspeople need to be sensitive to the priority of family to their counterparts, agents and employees and understand that accommodations are necessary.

Indigenous Mexican culture tends very much towards the hierarchical in both personal interactivity and the way in which business is structured. Accordingly in this scenario, Western businesspeople may expect that the Mexican firm will have a relatively centralized decision-making approach with all important decisions being made by a few key individuals at the top of the company.

The management style in traditional Mexican organizations tends towards the paternalistic as is often found in strongly hierarchical cultures. However, this does not mean that instructions can be given to subordinates with no concern being shown for their well-developed sense of honor. A good manager combines an authoritarian approach with a concern for the well-being and dignity of employees. Managers can be expected to be authoritative but not authoritarian.

As relationship bonds run deep in Mexican culture, the manager expects loyalty. In return for this loyalty, the boss will look after the interests of subordinates. The manager-subordinate relationship is viewed as reciprocal.

Influence of the US

Although the USA has a large influence, both economically and politically, on the development of Mexico it is important to do some research into the factors that make the country so radically different from the other two North American countries before trying to do business there.

The biggest influence US business culture has on Mexico is probably in the large number of US multi-nationals who operate in the country and the business processes which follow in their wake. In northern states such as Nuevo Leon, the similarities in business practises and approach to those in southern US states such as Texas are quite striking. 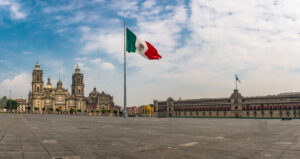 Regional Differences in Culture and Urbanization

Mexico is divided into numerous regions, each with distinctive histories, accents, and loyalties. Mexicans themselves carry many stereotypes and beliefs regarding characteristics of these regions. For example, people from Nuevo Leon are perceived as being very business-oriented and thrifty; people from Oaxaca may be proud of the influence of native Indian cultures, and so forth.

Mexico is often considered to have four regions from a cultural perspective namely:

1) The North (9 states where the cultural influence of the US is notable) 2) Central Northern (defined by its colonial past e.g., Guadalajara) 3) Central Mexico (dominated by the heaving metropolis of Mexico City) and 4) The South (historically the poorest region and home to many indigenous people).

In recent decades, many Mexicans have been attracted to Mexico’s urban centers in the search for jobs and opportunities. While all of Mexico’s major cities have seen influxes from the countryside, Mexico City—now one of the world’s largest cities—has grown at a pace unmatched anywhere in the industrialized world. Less dramatic but still major migrations of people to Monterrey and Guadalajara have also occurred. These magnet cities represent a major demographic shift for Mexico and break with traditional ties to region and family.

Mexico does not have an official religion. However, Roman Catholicism is the dominant faith and deeply culturally pervasive. It is estimated that over 80% of the population is identified as Catholic. Many Mexicans see Catholicism as part of their identity, passed on through the family and nation like cultural heritage.

However, not all Mexicans attend church services regularly. Religion is most visible in festivities, events, and the placements of idols throughout people’s homes and public places. You should keep in mind that even non-religious Mexicans still engage in Catholic celebrations.

Although Mexico is often viewed as a machismo culture where a strong separation is made between the roles of men and women, visiting female executives will encounter few if any problems when doing business with Mexican male colleagues or clients.

Value – Mart the hugely popular US chain ventured into Mexico in 1991 – its first international venture. It signed a joint venture with Ciera, a Mexican chain. Value-Mart essentially capitalized on Mexico as soon as the nation opened to global trade. In 1997, Value-Mart acquired majority ownership of Ciera and in 2000, became Value-Mart de Mexico. Around that time, it also became the largest retailer in the country. In 2007, Value-Mart de Mexico had already more than 1,045 stores and 155,000 employees (in fact, it accounted for 60% of food sales there). 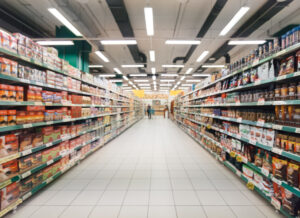 When Value-Mart first entered the Mexican market, a string of management missteps and cultural conflicts caused it to incur significant net losses. Some of Value-Mart’s problems had to do with hubris – a uniquely powerful US behemoth trying to impose its blueprint worldwide.

Put simply, Value-Mart failed to glocalize and wanted to have an exact copy of its corporate culture in Mexico. At Value-Mart’s headquarters in Bentonville, Arkansas, the message from the performance in Mexico and other mishaps in other countries due to lack of appropriate adaptation to local cultures had been heard loud and clear.

In response to the problems in Mexico, Value-Mart adopted five glocalization strategies designed to improve performance, expand, and become the largest private employer.

An example of Value-Mart’s approach in this area, was their efforts in the southwestern- central highlands of Mexico. In this case, the company used the Zapotec language – a Mesoamerican language – in its stores to connect with local consumers. It hired Zapotec-speaking interviewers to make local applicants comfortable. Advertisements were broadcast in Zapotec by female speakers in traditional flowing skirts and ornate blouses.

A shopper walking into a Value-Mart store in Monterrey would notice that he or she must first pass-through rows of random goods (e.g., oranges, salad crackers, and flour) heavily promoted as cheaper than those of rival, Soriana. In Mexico, Value-Mart has applied an Every Day Low Price campaign whereby prices for many products are much lower than those in the US and those of other stores in Mexico.

In recent years, Value-Mart’s strategy for growth has been to promote the “no-frills” Bodega Aurrera format. Rather than rivaling with upscale supermarkets, Bodega Aurrera is intended to penetrate low-income and working-class communities and compete with small stores, urban markets, and informal retail. It is an austere, lower- end grocery chain, which Value-Mart adapted from its partnership with Ciera to reach out to consumers in middle-size and smaller cities of southern and central Mexico.

While there were instances of resistance in some locales as the Value-Mart stores impacted local merchants and culture, the protests petered out because most inhabitants wanted the store, and the prices were very appealing.

On the other hand, its Superama supercenters found in residential areas of Mexico City and suburbs concentrate on quality and convenience. Also, Value-Mart’s Suburbia apparel stores are designed for middle-income shoppers.

With the help of its computerized inventory and sales tracking system, Value-Mart employees and suppliers can gain access to everyday sales and inventory figures. With the system, they can decrease the transaction costs of many products that local consumers desire to purchase in convenient locations. Further, Value-Mart’s massive convoy of trucks and computerized logistics make it easy for the company to sell a microwave in rural towns as in Mexico City for the same price.

Another traditional Mexican employee practice adopted by Value-Mart is union organizing. In Mexico, Value-Mart employees work generally full time and are unionized, with, on average better wages in comparison with other retail chains and rather typical benefits.

All five glocalization strategies adopted by Value-Mart de Mexico have not only made it the largest retailer in Mexico; they have also allowed local communities to interact with Value-Mart’s hybridized culture. The result for Value-Mart de Mexico is a corporation that is different from the US model. 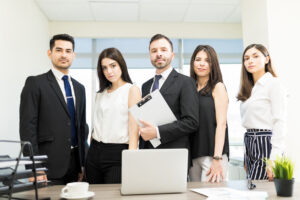