International cultural differences will have an impact on absolutely every element of any global supply chain.

Every single element of the complex chain you have developed will be touched by the effect of global differing mindsets. However, I’m going to take just four illustrative issues and highlight why lack of cultural knowledge and the practical application of that knowledge can seriously damage the health of any supply chain:

In the west we have a fairly standard understanding of what a contract is. Generally speaking it’s an agreement between two or more parties which binds those parties to the terms of that contract. It is the end of the process of negotiation and it is a full stop at the end of the sentence.

Unfortunately broad swathes of the world don’t share that definition of a contract with us. In many parts of the world (and in virtually all emerging markets), a contract is an agreement on the best set of terms possible at a specific point in time – but if those circumstances change it is unreasonable to expect people to keep to the original terms of the contract. Therefore ta contract is not binding – it is intrinsically fluid.

People go into supply chain agreements with fundamentally differing views on the nature of the contract. That’s great for lawyers but not so good for supplier/customer continuity of relationship.

In a recent seminar I was running for a major global MNC a non-native English speaking delegate confessed that he’d only recently realised what ‘asap’ actually means to Americans. He had taken the abbreviation literally, thinking that he meant he should do the task as soon as he had a bit of free time in his diary – even if that meant next week or next month!

Do you really understand what ‘good’ looks like in China or India? There are obviously ‘good’ and ‘bad’ in both places but do we really have the country-specific knowledge to make the call?

In my experience too many decisions are made based on what the home team’s view of the world is when very often the home team has little or no knowledge of any culture other than their own. We end up buying what we’d by at home – but that is very often not fit for purpose in countries as vast and complex as China, India, Brazil etc.

No common language, no common style of communication and no agreement on protocols around communication. That just about sums up the situation we all find ourselves in. 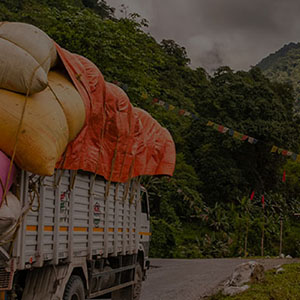