It may be a contentious statement but many of the well-documented difficulties associated with getting international shared service centres (ISSC’s) to work effectively and efficiently are actually cultural and linguistic in origin.

Maybe it isn’t that contentious a statement after all because what you are actually saying when moving to an ISSC model is that ‘we think we can make things run more smoothly and more efficiently by taking operations out of the country which they service and replace the operations of 10 countries, 10 different business cultures and 10 languages within 1 remote location’.  The process sounds complex to me but, having worked on dozens of these transitions over the years, the mindset seems to be that these issues will sort themselves out somehow over time.

It is telling that in every single example where Global Business Culture has been called in to help with cultural problems at a major ISSC, we have been called into the frame well after the transition has happened – nobody seems to want to look at these issues in advance for some reason despite the fact that so much academic research and pure anecdotal evidence point to cultural differences as the key stumbling block.

So what tend to be the problems?  There are many but here are a few for starters:

From mono to multi-cultures:

Many managers suddenly find that they are, almost overnight, transitioned from a position where all of their reports are in one country, speak one language and have one culture to a position where they are having to deal with a mass of different and new cultural approaches.  They are seldom ever given any help in addressing these issues and then negatively appraised on how they are doing.

Erasing of years of process and knowledge:

People are expected to abandon the way in which they do things for a new approach that they don’t understand or agree with and which will often ride rough-shod over cultural attitudes and expectations.  Actually that is almost the key objective of undertaking an ISSC project in the first place – to iron out all those costly differences in approach and process and replace them with a single, ‘better’ system.  There may well be logic and efficiencies in the new process (almost definitely there will be) but if this transition is badly handled, the resentment ensuing will very, very quickly negate any benefit accrued.

In-country contacts built over many years are replaced with new colleagues in a distant location with very few, if any, opportunities to build the all-important relationships which can help to smooth out problems which inevitably arise during and after transition.  This problem is often exacerbated through the use of nameless ‘ticketing’ systems that mean most issues are handled by multiple (nameless and faceless) hands at the ISSC.

This is a perennial problem at most ISSC’s and one which increases the difficulty of the relationship-building process.  After the initial adrenalin rush of the ISSC start-up phase, the work often settles down into a routine and humdrum process and then people simply get bored and move on.  This can lead to more inefficiency as new people are on-boarded and tensions between the ISSC and the home teams can slowly rise as a result.

I could enumerate many other areas of potential tension and inefficiencies but what is important is that all of these issues are addressed either before transition or as the difficulties arise, rather than trying to pretend they don’t exist or will disappear through osmosis.

You can address these issues through timely and targeted interventions and if any of these issues ring true to you and you would like to see how we could help, contact me at keith@globalbusinessculture.com 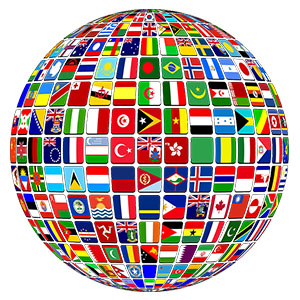