Global Business Culture works with a large number of major global corporations and as they become more and more engaged in business activities outside their home bases in North America and Western Europe, they seem to be asking increasingly difficult questions about the difference between cultural sensitivity and ethical correctness. I suppose the question boils down to a simple one – should we always play by the rules of the country we find ourselves operating in or should we always apply the rules that work in our home country? Those of a culturally understanding nature, as well as those who place the commercial imperative before all else tend to argue that ‘when in Rome do as the Romans.’ But is it really that simple? Should local norms always trump home country beliefs?

One of my North American clients placed a female employee as the project lead on a project with a certain Asian client. They received an email from the client in Asia saying they would prefer a man as the project lead. What should the North American company do? Should they acquiesce to the demands of the client even though that would contradict both the law in their own country and their strong corporate policy of being a gender blind employer? When I pose this question to clients around the world, responses vary enormously and not just, as might be expected, along gender lines. I’ve had female managers in the US saying that the client is always right but then being argued with by male colleagues who say that corporate policies should be adhered to regardless of the commercial consequences.

I spend a lot of time explaining the impact of differing attitudes to meetings, decision-making styles etc. on global business and my usual advice is to adapt to the expectations of the client as this can help you meet your goals on time and on budget. Nobody objects to the idea of adapting to a different meeting style – but condoning gender bias or bribery is a whole different ball game!

These issues are really complex and there is no simple answer to them. However, I strongly believe that a global company needs to address these difficulties rather than sweep them under the carpet. Organisations need a clear policy on all of these issues which is then effectively communicated and they also need to be strong enough to apply that policy in all situations – no matter how commercially uncomfortable that might be. It just not fair to say ‘we don’t pay bribes’ but then to punish a sales guy for losing a contract because they were competing with someone who did. It sounds bizarre but it happens.

If you’d like to discuss how increased cultural fluency can help you develop and implement effect global compliance policies, please contact me at keith@globalbusinessculture.com 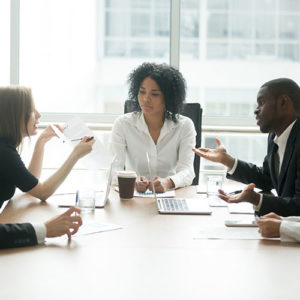