Understanding the Business Culture of Indonesia

Indonesia has often been described as a shining example of emerald islands scattered across the equator from Asia to Australia. Few other countries in the world are comprised of more distinct cultures and languages like the business culture of Indonesia. Its diversity of peoples and belief systems makes it certain that Western firms entering the Indonesian market encounter situations that are confusing and unexpected.

Add to this mix a struggling economy in the face of Covid 19, a nascent democracy with a co-opted bureaucracy, and the world’s largest Muslim population and the result is a fascinating conglomerate culture in one of the largest and most important countries in the world.

Yes, it is a fascinating and huge market with a full line-up of challenges for Western companies. Most of these companies will have been warned about issues such as the weak state of the rule of law, contradictory regulations and that corruption is infused into a lot of business dealings. However, even with a team of local advisors and subject matter experts, there will be surprises.

Preparing on the cultural side in this relationship – oriented market is hugely important. Understanding your Indonesian counterparts – their motivations, the processes, the timelines, the decision-making, and how Indonesian culture weaves through all of this, can be hugely daunting, particularly to those who may have limited exposure to the market.

The cultural diversity within Indonesian is significantly under recognized. I still see Western businesspeople looking for a one size fits all cultural approach to conducting business there. Like it or not, preparation on the cross-cultural side is not a quick fix and needs to be viewed from a holistic perspective — one that incorporates national and regional, industrial, organizational, and personal culture. 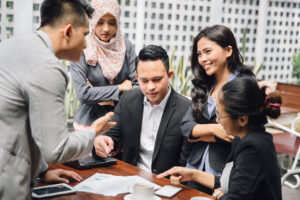 The largest economy in Southeast Asia, Indonesia – a diverse archipelago nation of more than 300 ethnic groups – has charted impressive economic growth since overcoming the Asian financial crisis of the late 1990s.

Today, Indonesia is the world’s fourth most populous nation, the world’s 10th largest economy in terms of purchasing power parity, and a member of the G-20. An emerging lower middle-income country, Indonesia has made enormous gains in poverty reduction, cutting the poverty rate by more than half since 1999, to 9.4% in 2019.

Indonesia’s economic planning follows a 20-year development plan, spanning from 2005 to 2025. It is segmented into 5 – year medium term plans each with different development priorities. The current medium-term development plan focuses on, among others, infrastructure development and social assistance programs related to education and healthcare.

Considerable challenges remain in achieving Indonesia’s goals. Out of a population of around 267.3 million, about 25.1 million Indonesians still live below the poverty line.

Based on March 2019 data, approximately 20.6 % of the entire population remains vulnerable of falling into poverty, as their income hovers marginally above the national poverty line.

While greater efforts are being made to improve basic public services, the quality of health clinics and schools is uneven by middle income standards, contributing to concerning indicators, particularly in health.

As of July 2021, the country is struggling mightily with Covid-19 with the Delta variant taking its toll and only about 10% of the population vaccinated. 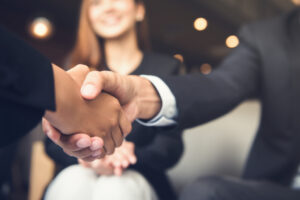 Indonesia is a major export market for various Western countries, buying large quantities of bulk products such as wood pulp, cereals, and fertilizer, as well as manufactured goods like mining equipment and machinery and telecommunications technology. With Indonesia forecasted to continue making great economic strides, there are now an expanded number of industrial sectors where Western exporters and investors can seize fresh opportunities by understanding the business culture of Indonesia. These include infrastructure, shipping and ports, agri-food, oil and gas, electric power, engineering services, environmental equipment, fintech and many more.

The country faces many challenges and ongoing issues as it strives to improve its business environment and create sustainable economic growth. Core issues of corruption and excessive bureaucracy present hurdles for any investor while unqualified human resources and poor infrastructure are restraining GDP growth from reaching the levels being seen in India and China. However, slow but steady steps are being taken to address the abovementioned obstacles and understanding the business culture of Indonesia. Undoubtedly, Indonesia possesses the fundamentals to be a leading global economy over the coming decades. 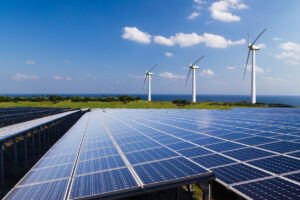 Such natural resources make the country unique among other emerging markets in providing long term energy and food security for its burgeoning population. The challenge that now exists is that of effective and sustainable management. Long an exporter of primary products, Indonesia has been riding the global commodity boom while failing to take advantage of value-added processes to boost revenue and diversify its offerings. This needs to be the focus going forward and will present some excellent opportunities for Western countries to bring in technology, expertise, and services.

As a country of some 265 million people and growing, the size of the Indonesian domestic consumer market is an alluring attribute for any investor. A growing middle class is opening-up the scale and scope of the consumer market. What lays ahead to take full advantage of the consumer boom is ensuring that Indonesia’s manufacturing sector plays a greater role in the production of the goods being purchased.

There is much to be said for Indonesia’s demographics as a key component of its future growth potential. Over 50% of the population is below the age of 30, is highly adaptive to new technology and has a low dependency ratio among its workforce given rise to a so called “transitional demographic dividend”

Indonesia has undergone a significant political transformation since the fall of General Suharto in 1998 and is now a vibrant democracy that is continuing to strengthen its political structures and deepen the enfranchisement of the population. The current President, who is in his second term has been able to bring a huge amount of investor confidence to the country and his stance on terrorism and national security has been most welcome. 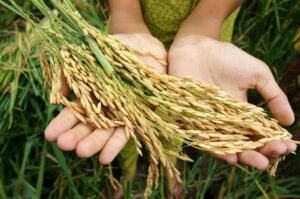 On the other hand, the speed of some of the economic and political reform has come under fierce criticism for its inertia and pandering to vested interests of coalition members. The gap between rich and poor is also widening while corruption continues to be a persistent issue.

The country’s natural resources, potential in renewable energy and food security offer a sustainable buffer to the climbing prices being seen in oil and foodstuffs which is fueling social discontent in other markets. Their potential as feedstock for value added manufacturing will also be vital in steering the country through its transition to a middle income and developed economy. The vast population that is set to grow to 288 million by 2050 will serve in both a highly skilled productive capacity as well as consumer market as the country reaches its predicted position of being the world’s 6th largest economy. 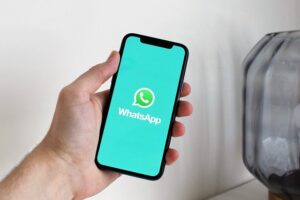 Indonesians are early adopters of new technology, and with the rise of smartphone apps like Blackberry Messenger and more recently WhatsApp, the way Indonesian professionals communicate have changed. Among most Indonesian professionals there is today a strong preference for communicating exclusively through WhatsApp on almost all work -related matters. This has several advantages and matches with the short form most Indonesians prefer to express themselves in writing but also a few drawbacks.

Multinationals may for regulatory and information-control reasons require employees to use the corporate email system as it creates a paper trail the company later can easily access.

However, getting Indonesians to use email for work related matters when all their other communications happen on WhatsApp is increasingly hard, and a battle that may not be possible to win at this point. The better option is probably to establish a company-wide policy on information management and alert employees to always save all work-related information they receive through WhatsApp on the company’s servers.

By the end of the day, most Indonesians are aware that multinationals have a different corporate culture, and they will accept differences. In most cases, a job in a multinational company is seen as more secure and better paid, which trumps other factors.

There are also other benefits attached to working for a foreign company. Multinationals are known for investing more money in training their staff. Moreover, clerical and support staff may also prefer to work for a multinational company as they see a flatter Western corporate structure as a bonus where their work is more valued. Western firms should leverage their position in the labor market to deal with issues such as that noted above. 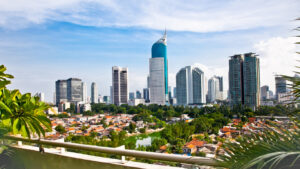