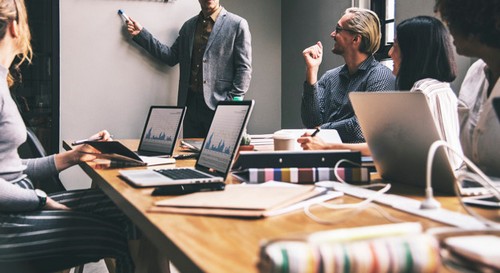 Canada is a vast country with significant cultural differences across its regions and this combined with its multi-cultural orientation means that describing business culture in Canada is not an easy task. Canada became self-governing in 1867 and while it severed its direct colonial ties with Britain in 1982 it retains its links with the monarchy as a member of the British Commonwealth.

Canada’s dual heritage has its roots in the British conquest of the French colony (around Quebec and Ontario) and as noted earlier the country is officially bilingual. The dual heritage continues to a certain extent to polarize its people. The French speaking community in Canada is quite defensive of its cultural origins and language.

Canada is hugely influenced by the United States with whom it shares an extensive border, and the two economies are inextricably linked. However, Canadians are keen to stress that they are not “American”, and you should appreciate this fact as you develop your relationships and business in Canada. There is a quiet pride about being a softer and more socially conscious society that should not be overlooked. The cultural differences between Canadians and Americans are beautifully set out in Pierre Burton’s famous book entitled “Why We Act Like Canadians”.

There are extensive similarities in the approach to business in Canada and the United States. Many Canadian exporters and investors smoothly navigate the business environment in the United States without major adaptations. On a broad scale, there are notable differences in business culture including the fact that Canadians have a lower propensity to take risks. This is evidenced by the banking sector which has far fewer players than the US and a track record of stable performance.

Compared with citizens of the United States, Canadians tend to favor an orderly central government and a sense of community rather than individualism; and in international affairs to act as doves rather than hawks, preferring the role of peacemaker and having a more pluralistic way of viewing the world.

Business culture in Canada is, in fact, a blend of American, British, and French tendencies; and its practices vary depending on the region. Overall, Canadians are a polite people and somewhat more reserved than their southern neighbors with a tendency towards more subdued communications. The stereotypical Canadian seems to constantly be saying “I’m sorry”.
West Coast lifestyles and dress-code tend to be slightly more relaxed than in eastern Canada, and attitudes are more conservative in the mid- west and more rural areas. The urban/rural divide is quite pronounced and should be fully considered by international investors and sellers.

Canadian values revolve around respect, equality, justice, peace, and multi-culturalism. Canadians are generally quite sports – oriented and they also love to go to cottages and camping. Joining a team sport or sports club is a window to making friends and building rapport with Canadians. Canadians’ passion for ice hockey rivals that of Brazil and many other countries’ devotion to soccer.

On the culinary side, there are a few dishes that may be considered exclusively Canadian but with such a multi-cultural society Canada is a food lover’s paradise. Tourtiere is very traditional in francophone Canada and poutine is a strong cultural reference and a must if you are living in Quebec. Pancakes and maple syrup, corn on the cob and homemade pies are renowned.

It is difficult to generalize on business structures as there are many different approaches adopted by multi-nationals, family- owned
enterprises, start-ups, and crown corporations. Many Canadian firms have moved from traditional hierarchical approaches in favor of leaner, flatter structures.

It is, therefore, important to do as much homework as possible on any potential clients or suppliers before initial contacts are made. Focus on their history, size, location, and industry. As a rule of thumb, the more remote from major centers of populations, the more likely a company is to be traditionally hierarchical. Also, keep in mind the shift to digital is transforming business structures and operating policies and procedures.

You need to fully recognize Canadian bilingualism as you develop your communication strategies and tactics. You should assess in which situations you need to provide French translations and be mindful of the requirement for a bilingual approach with the federal government. You must also appropriately place emphasis on French in the Province of Quebec.

Although softer in approach, Canadians still generally like to be direct and say what they mean. It is unusual to find Canadians using overtly coded language. Canadians would see evasive language as suspicious and would prefer any problems to be put onto the table in a diplomatic way for discussion.

Canadian businesspeople in general tend to be rather conservative in manner, speech, and dress. Excessive body contact, gestures in greetings or loud conversations are generally not the norm.

Punctuality for meetings and appointments is expected and it is advantageous to use titles in correspondence. Letters of reference can be
important in certain situations including in job interviews. Canadian employers do use social media platforms to check out applicants and
platforms such as LinkedIn are used by companies as they develop business relationships.

Canada has made a lot of progress relating to gender bias in the last few decades. Many women are found in senior management roles in both the private sector and in government agencies. The current federal Liberal cabinet reflects a gender equality approach which has received considerable attention.

Women visiting Canada on business encounter few if any problems related to gender bias. Women are expected to behave in a professional and competent manner and will, in return, receive professional respect and be able to develop effective working relationships. Government support for daycare facilities is a big factor in the economy as women integrate fully into the day to day working life.

Within today’s business circles in Canada, a great deal of emphasis is placed on diversity and a gender blind approach is not only seen as a legal requirement but also an ethical one. It is noteworthy that there is a strong trend towards establishing senior roles responsible for diversity issues in Canadian corporations.

Canadian managers are generally not expected to manage in an authoritarian or paternalistic manner but are, nonetheless expected to be decisive. The management style in many businesses could be characterized as informal and friendly with an open approach. Many managers take pains not to be perceived as an aloof figure who stands apart.

It is common for managers to consult with concerned employees as they consider an issue. The final decision usually remains with the manager and rapid decision making is important for efficiency and results. Failure to consult with employees could reflect negatively on the manager and may be seen to detract from team morale. The manager is not necessarily expected to be the most technically competent person on the team. He or she will be judged more on his or her ability to manage resources, alignment with corporate or industry standards and interpersonal skills. Unlike in some other business environments, managers may say directly that they do not know the answer to a question and refer easily to their direct reports in meetings or public events.

The Canadian business cultural scene has its regional characteristics and international businesspeople are well advised to go beyond the national stereotypes and think locally.

In Atlantic Canada which includes the provinces of Nova Scotia, New Brunswick, Prince Edward Island and Newfoundland more people tend to be of British descent although immigration and general mobility is having an impact. The residents of these provinces which have generally been less prosperous tend to be more reserved, stolid, provincial, and old fashioned. Newfoundland is unique, with a dialect that draws comparisons with the Irish and people of western England.

Residents of Ontario, Canada’s most populous province are generally thought to be more business like reflecting the business elite and establishment. There is a lot of dynamism in the business sector with innovation and immigration playing a big role. Western Canadians (Alberta, Saskatchewan, and Manitoba) are generally more open, relaxed, friendly and direct than other Canadians (comparisons are often made with inhabitants of the western United States).

British Colombia, Canada’s unconventional westernmost province is seen by Canadians as the land of the future. Vancouverites have more in common with Seattle than Toronto. Like many other western Canadians, many residents of British Colombia feel somewhat estranged from “easterners”.

French Canadians, and especially the Quebecois have a very strong sense of cultural identity and are very nationalistic. The European influence is strongly felt in Quebec, whose people consider themselves the “defenders of French civilization in North America”. Because of their animated good nature, Quebecois are sometimes called the “Latins of the North”

Residents of the sparsely populated north are seen as rugged embodiments of the Canadian pioneer spirit.

Building a good dialogue with clients or colleagues is important to successful business in Canada. However, the depth and length of relationships may vary and in general relationships in Canada are more casual than in many emerging markets. It is important to build good friendly relationships across the whole organization, from the concierge to the managers as they all may be helpful for your collaboration.

There is a tremendous diversity in the beliefs of Canadians, religious or otherwise. It is advisable to be respectful and be sensitive to this diversity. Most Canadians believe it is important to respect people regardless of their religious beliefs but see religion as a private matter. Canadians tend to separate work and private life and may be uncomfortable when religion is brought into the workplace. Many Canadians, regardless of their religious background, do not actively participate in religious activities.