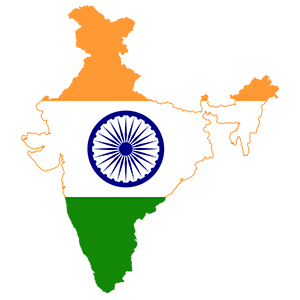 Over the years we have worked on scores of projects involving outsourcing projects to India and our brief is always the same – to try to make the interface between the India outsourced operation and the home teams in the West work more effectively. I have come to recognise a pattern with regard to where things tend to go wrong and therefore the things that need closest attention. You may think that how you structure the performance metrics, for example, is not a cultural issue but it most definitely is.

The issues highlighted below are not in any particular order but all play a major role in reducing cross-border efficiencies. Some of these areas of interest are inter-personnel and can be significantly improved through quality, targeted training; other areas are more strategic and need to be addressed as such at the most senior levels of an organisation.

Indians are, on the whole, aspirational. They want to progress within the organisation and they want to progress quickly. This progress is often measured not just in added responsibility or increased money (although they are important) but also through job title. If you develop a flat structure you give people nowhere to go – other than out of the door (see attrition below).

Before starting your outsourced operation you really need to think long and hard about corporate structure. If you suffer from high attrition rates you need to analyse if your corporate structure is partly to blame. Are you going to impose a standardized, Western approach or will you adapt your approach to ensure best fit for the territory?

The problems accruing from this are threefold:

It is so important that the metrics you set the teams in India have some kind of resonance with the needs of the home team. Metrics are often quantitative and the complaints of the home teams are usually qualitative. If you set quantity as the metric – that’s what you get. Lots more thought generally needs to be put into this area. Honestly, I have never worked on an outsourcing project where this dissonance hasn’t been a major source of frustration.

So why are attrition rates so high? There are lots of reasons but some of the key factors are:

There are other reasons in addition to these and you really need to have policies and processes in place to counter this trend – and I firmly believe that the home teams need to take a leading role in addressing this. It can’t be simply left to leadership in India because so many of the problems tend to originate outside the country.

So what’s going on here?

Again it’s complex and deeply cultural in origin. As already stated, India is hierarchical and as a result Indian leadership style tends to be more authoritarian in nature. Leaders are expected to give direct and precise instructions and followers are expected to do what they have been told to do. Instructional style in the West is more subtle and indirect. People in the West are familiar with being given vague goals and left alone to work out how to achieve those goals.

The result of this is that Indians often receive only partial instructions by western colleagues and they then do precisely what has been asked of them – but this will frequently fall short of what the home teams actually wanted to be done. Lots and lots of work need to be done on this to iron out a misunderstanding on both sides. Fail to address this issue and you are guaranteed to be building in inefficiencies.

The average age of workers in the BPO and KPO industries in India is very low – maybe around 24 years old. Your team in India are probably very technically capable, talented and enthusiastic but they are not necessarily commercially astute. How can they be a 24? Imagine if 80% of the people back home were 24 – you’d probably be lacking commercial acumen there as well.

The comments above are not meant as a criticism of either the home team or the Indian mentality– they are simply issues I have come across on a consistent basis over the past 15 years working on these matters in the US, Europe and India.

If you are interested in discussing how you can improve efficiency and performance in these type scenarios please contact me at keith@globalbusinessculture.com