There has been a lot of noise being made recently about the constitutional changes in China which have allowed Xi Jinping to extend his grip on power beyond 2022 as well as the new emphasis on Xi Jinping Thought which to many sounds like a disturbing echo of Mao’s Little Red Book.  Many commentators are concerned about what they see as the twin threats of a looming new repressive order within China coupled with aggressive expansionist policies internationally (both economic and military.)

What is seldom discussed in the media is what lies behind the simple phrase ‘Xi Jinping Thought’ and whether this might be a force for good or ill.  History will, I suppose be the judge, but it is worth taking a moment to look at some of the key principles of this approach:

Xi Jinping’s policies are unashamedly interventionist.  The Communist Party sees it’s role as that of shaping the future and controlling the impacts of market forces.  This contrasts markedly with the approach of the current White House in the States which aligns itself to a much freer market approach where the influence of the State is increasingly being rolled back.

A new global cultural battle is being played out where the egalitarian, individualism of the West produces an ideological allegiance to the free market and the hierarchical, group-orientated nature of the Confucian East pushes policies towards a centrist, people-oriented future.

We do indeed live in interesting times. 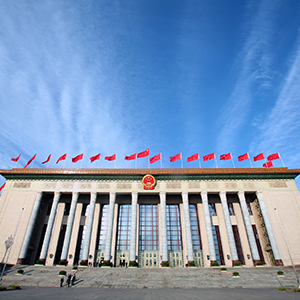