A Ghanaian taxi driver, Vladimir Putin and being WEIRD

I recently met a taxi driver from Africa whilst taking a ride from the airport to my hotel in Hamburg.

It turned out that the guy was originally from Ghana and we started to have a wide-ranging conversation about the state of Africa, where Africa is going, Anglophone vs Francophone Africa and other fairly typical stuff.

Now that made me feel really WEIRD.

By that, I mean western, educated, industrialised, rational and democratic. Indeed, I am WEIRD. I was born and raised in the UK, believe in democracy as the least bad form of government and think the rule of law will prevail in the end. Like the rest of the WEIRD world I also think that everybody else around the globe must surely share my view of what’s best for the world and that those people who don’t live in WEIRD countries are just hoping and praying that our way of doing, being and thinking will soon arrive in their neighbourhood.

The problem is that most of the world’s population are not WEIRD and have no intentions of becoming WEIRD anytime soon. Lots of people in the non-WEIRD world think people like Putin are just fine. As my taxi driver said. ‘Putin puts his people and his country first and doesn’t care what the rest of the world thinks. That’s the type of leader I can follow.’

I work in the field of the impact that culturally different approaches can have on global organisations.

I discuss these issues on a daily basis with business leaders from lots of different sectors – so I’m supposed to ‘get’ this stuff. However, my conversation with the taxi driver from Ghana really made me stop and think.

This clash of cultures is currently being played out in a mini way as western companies push their compliance programmes into their global subsidiaries. They have to do that – it’s the law – but so many of the compliance issues we are globalising are based on WEIRD concepts and people simply don’t like what they hear. I’ve heard the words ‘modern-day colonialism’ used to describe some compliance ideas and people really don’t like to be colonised! 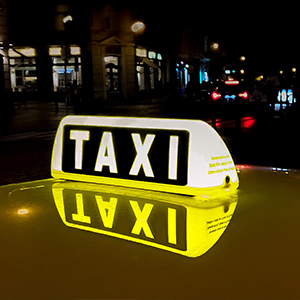