What You Need to Know about Business Culture in China

Business culture in China is in a fascinating evolution as the country moves along in its transition socially and economically. The opening of China in the late 1970s under Deng Xiaoping brought a new and positive perspective on business and businesspeople. This occurred despite the solid grip on political power by the Communist Party and the lack of significant political reform. Deng’s maxims of “It doesn’t matter whether a cat is black or white so long as it catches mice” and “To get rich is glorious” have been hugely significant in shaping business philosophy within the communist state.

Any Western company thinking of engaging in China should comprehend and fully consider the fundamental elements of business culture in China.

While Chinese people are generally low on the individualism scale and people often do not feel comfortable making decisions on their own, Westerners need to make the effort to constantly assess their counterpart organization’s business culture in China. In some cases, the simplest actions require finding group consensus. Western firms often need to recalibrate their thinking particularly about the value of independence motivating people

While there are evolving management styles in Chinese firms and government agencies, a lot of interactions and processes are still hinged on Confucian philosophy. In Confucian thought, the idea of social harmony is paramount with relationships in society deemed to be distinctly unequal. Thus, for example, elder people should be respected by younger and seniors by subordinates etc.

In Confucian thought, the society reflects every individual knowing his or her place in the social order and each member playing his or her part well. In this context, Western executives need to assess where their counterparties fit into the hierarchy in their counterpart’s organizations and pay attention to their role and function. 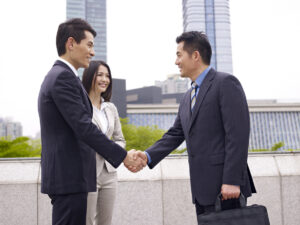 The concept of guanxi or personal connections remains a crucial element in Chinese society and business. Guanxi can be viewed as a web of individual relationships in which “friends” do favors for one another. As has often been said, “in China if you don’t have guanxi, you don’t have anything”. These relationships are pivotal and need to be continuously refreshed and developed.

China is high on the hierarchy index and one implication of this is that Western companies in China are taken more seriously when their top leadership is involved directly. There is often one key decision maker in an organization and Western firms need to focus on identifying the individual and the process to engage with him or her.

Because of the hierarchy, Western collaborative business practices such as conference calls and brainstorming sessions may fall flat or not be as effective as expected. Western businesspeople need to continually assess the signals that they are receiving from their counterparts as to the appropriate next steps.

Time orientation creates some of the greatest friction between Westerners and mainland Chinese working together. Chinese people generally have a long-term orientation while most Westerners have a shorter- term orientation. The divergence in perspectives is reflected in these two adages: “In time, even a mulberry bush becomes silk.” and “Time is money.”

In the above context, a Westerner’s sense of time urgency can be used against them in negotiations. It often gets in the way of doing things right in China and may result in challenging scenarios and conflicts.

China is more diverse than many Western businesspeople may appreciate. There are 56 ethnicities officially recognized by the Chinese government, and many of those ethnicities have their own languages. Obviously, Westerners should do their homework and rely on local partner’s insight to appreciate regional cultural characteristics.

It is interesting to note that a team led by University of Virginia psychologist Thomas Talhelm suggested that China can be divided into two regions in terms of culture and distinct mindsets: the area south of the Yangtze River, (stereotype Chinese holistic view of life, emphasizing interdependence and context) and the area north of the river, where residents’ attitudes are closer to those of Westerners (more independent). 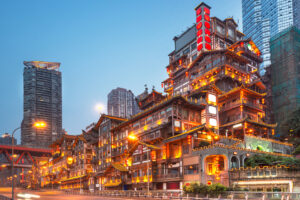 Talhelm and colleagues believe that these distinctions are to a degree driven by the history of southern China’s dependence on rice farming (interdependent undertaking) versus the wheat growing (more independent) north.

Exposure to Western business culture and processes vary markedly with businesses in eastern Chinese cities being much more attuned to the international marketplace.

Western Chinese cities such as Chongqing are changing rapidly but still lack exposure and expertise in some aspects of international commerce. I recall visiting Chongqing several years ago where Chinese banks were strongly requesting help from Canadian financial institutions for training in international trade finance processes.

From an overall perspective, one can say that China has a core area (China Proper) where the population is mainly comprised of Han ethnicity, and several frontier zones which are traditionally resided by minority groups.

China does not have an official or dominant religion. While many Chinese citizens do not have any religious practice, others are in religions such as Christianity, Buddhism, Taoism, Islam, and Judaism.

Westerners need to ask themselves how to extend face in all situations. When challenges arise, the focus should be on resolving issues and processes not on addressing the views or actions of individuals. Authentic positive feedback is very helpful, but Westerners should also be mindful of overdone compliments. 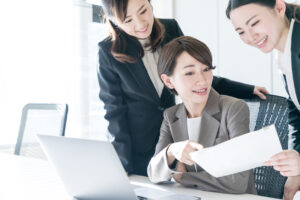 Officially, women have the same rights as men in the workplace and the Party has promoted this sense of equality over the past thirty years or so. However, traditional Confucian thinking does not sit easily with this notion of gender equality.

Foreign businesswomen will be treated with great respect and courtesy. They may however find that, within a delegation, the Chinese will defer to male counterparts regardless of the actual seniority of the Western businesswoman – the Chinese assumption being that the male will naturally be the decision-maker.

Having said that, it is now more and more common to encounter women in reasonably senior roles in large Chinese organizations – especially in the larger, more modern cities.

Coffee America has successfully opened more than 570 stores in 48 cities since it first entered China in 1999. What did the Seattle-based coffee company do right in China from the perspective of understanding and adapting to the business culture?

When Coffee America entered China in 1999, many were skeptical that it had a chance. Given the fact that Chinese people have traditionally favored tea, it seemed impossible that Coffee America would be able to break into this market. However, Coffee America did not let this skepticism stop it. A careful market study revealed that as the Chinese middle class emerged, there existed an opportunity for Coffee America to introduce a Western coffee experience, where people could meet with their friends while drinking their favorite beverages.

Coffee America literally created that demand. Now you can find a Coffee America almost on every major street of the coastal cities in China. Coffee America has revolutionized how Chinese view and drink coffee.

Once Coffee America decided to enter China, it implemented a smart market entry strategy. It did not use any advertising and promotions that could be perceived by the Chinese as a threat to their tea-drinking culture.

Instead, it focused on selecting high-visibility and high-traffic locations to project its brand image. The next thing Coffee America did was to capitalize on the tea-drinking culture of Chinese consumers by introducing beverages using popular local ingredients such as green tea. This strategy effectively turned potential obstacles into Coffee America’s favor.

Chinese consumers quickly developed a taste for Coffee America’s coffee, which was essential to its success in China. One of Coffee America’s key marketing strategies was to provide customers with an exceptional experience. The chic interior, comfortable lounge chairs, and upbeat music are not only differentiators that set Coffee America apart from the competition, but also have strong appeal to younger generations who fantasize about Western coffee culture as a symbol of modern lifestyle.

Many go to Coffee America not just for a cup of Frappuccino, but also for the “Coffee America Experience” that makes them feel cool and trendy. Thus, Coffee America has established itself as an aspiration brand and is able to charge premium prices.

Coffee America also understands the value of its global brand and has taken steps to maintain brand integrity. One of the firm’s best practices is to send their top baristas from established markets to new markets and train new employees. These baristas act as brand ambassadors to help establish the Coffee America culture in new locations and ensure that service at each local store meets their global standards.

Western brands in general have a reputation for quality products and services. They have a competitive advantage over Chinese companies in establishing themselves as premium brands. However, as Shaun Rein, founder and managing director of China Market Research Group, pointed out, too many Western brands push for market share by cutting prices, which is a losing strategy because they can never “out-cut” local Chinese competitors.

Global brand does not mean “global products,” or “global platform” as eBay mistakenly tried. Coffee America has a highly localized menu of beverages that is particularly tailored to Chinese consumers. It has done an extensive consumer taste profile analysis to create a unique “East meets West” blend. It even gives each store the flexibility to choose from a wide variety of its beverage portfolio that fits the customers at its location.

China is not one homogeneous market. There are many Chinas. The culture from northern China is different from that of the east. Consumer spending power inland is not on par with that in coastal cities. To address this complexity of the Chinese market, Coffee America partnered with three regional partners as part of its expansion plans.

In the north, Coffee America entered a joint venture with Beijing Mei Da coffee company. In the east, it partnered with the Taiwan-based Uni-President. In the south, Coffee America worked with Hong Kong-based Maxim’s Caterers. Each partner brings different strengths and local expertise that helped Coffee America gain insights into the tastes and preferences of local Chinese consumers.

It is interesting to note that Coffee America has recently announced that it is partnering with Alibaba to deliver its coffee in Chinese cities betting the move will revive sales growth in its second-largest market that is witnessing aggressive local competition.

China is not an easy market to crack. It requires a long-term commitment. An important strategy is to invest in employees. One will be impressed by the cheerful greetings of Chinese baristas, which set Coffee America apart from copycats. Coffee America has done an excellent job in recruiting and training its employees. This is a win-win strategy because employees are at the heart of delivering the “Coffee America Experience” to customers. They are the best marketing ambassadors for the company. Long term commitment also means patience. It takes time to educate the market and gain customer loyalty. 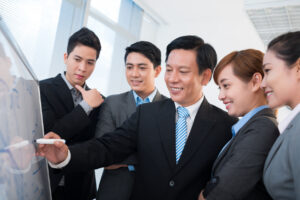